You are here: Home / Learn More / Blog / A Home for Health 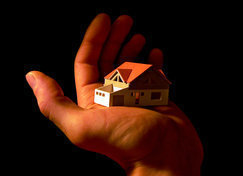 A few months ago, my family celebrated my mom’s birthday at our favorite jazz club. As the second set began, a strong odor filled the air, and I turned to see an older man stumble to our table, dancing. His hair was unkempt and his face was worn, like sun-beaten leather. Within minutes, a server ushered the man out of the lounge. For the next few days, I thought a lot about that older man. This person, much like us in his quest for a good time and some refuge from the cold night air, was shunned from a public space in a way that the rest of us weren’t. This person was treated like a second-class citizen because he appeared to not have a home to call his own.

There are undeniable links between homelessness and health. Poor health can result in homelessness, and homelessness can create and oftentimes exacerbate health issues, creating a vicious cycle. In 2015, 564,708 people were homeless on a given night in the U.S. and of those, 15% are considered chronically homeless—someone who has experienced homelessness for a year or longer, or has experienced at least four episodes of homelessness in the last three years, and has a disabling condition. In Colorado, the population of chronically homeless individuals grew 17.8% between 2014 and 2015. Among the homeless, 26% suffer from a serious mental illness—compared to 4.2% of the general population—and as many as 80% have marked declines in cognitive functioning. Poor access to health care is also a pressing issue, which is evident when we hear statistics like 80% of ER visits made by the homeless are for illnesses that could have been managed through preventive care.

The homeless constitute one of our most medically underserved populations, making it imperative that we create and expand community-based supports and services for this population, as well as implement policy solutions that improve the quality of life for people experiencing homelessness and reduce health care costs.

Community-based solutions include the novel work of organizations like the Colorado Coalition for the Homeless, which has launched initiatives like the Stout Street Health Center and Renaissance Lofts, in an effort to provide integrated health care for approximately 18,000 homeless individuals annually and supportive housing for 78 formerly homeless households.

On a federal policy level, the Affordable Care Act offers health care coverage for the first time to many homeless individuals. However, despite the additional health care services now available, there is still work to be done to ensure that the needs, both clinical and non-clinical, of our homeless population are met. Pilot programs around the country are increasingly acknowledging social factors—especially in regards to supportive housing—when caring for the homeless population, and a growing body of evidence suggests that providing the homeless with housing decreases utilization and costs in the health care system. New York has budgeted $260 million in state-only Medicaid dollars (PDF) to invest in housing units and rental subsidies, in response to recognizing homelessness as a huge driver of health care costs in the state.

There’s a lot of work to be done around addressing the health of the homeless, but in the meantime, we have an opportunity in Colorado to advocate for programs and policies that ensure individuals facing homelessness have access to much needed health care and supports in the community, including housing. Remembering my experience at the jazz club reinforces my commitment to ensuring that all Coloradans, no matter their housing status, should have the opportunity to participate in the public sphere and the right to good health.

Look Upstream to Address the Social Determinants of Health