You are here: Home / Learn More / Blog / A (painstakingly-illustrated) picture of health 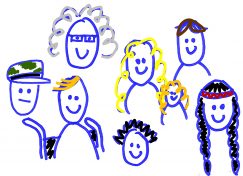 During lunch at a large conference last week, I was seated next to a Canadian who also worked in health care. She introduced herself and said, “So…how does the US health care system work, anyway?”

So much for small talk.

“Well,” I said, “It works—or doesn’t work—a little differently for everyone.”

“As you know, every health care system has two major parts—coverage and care. Coverage does you no good if care isn’t accessible; care is prohibitively expensive without coverage.”

“In the US system, how our coverage and care are paid for divides us into groups.” 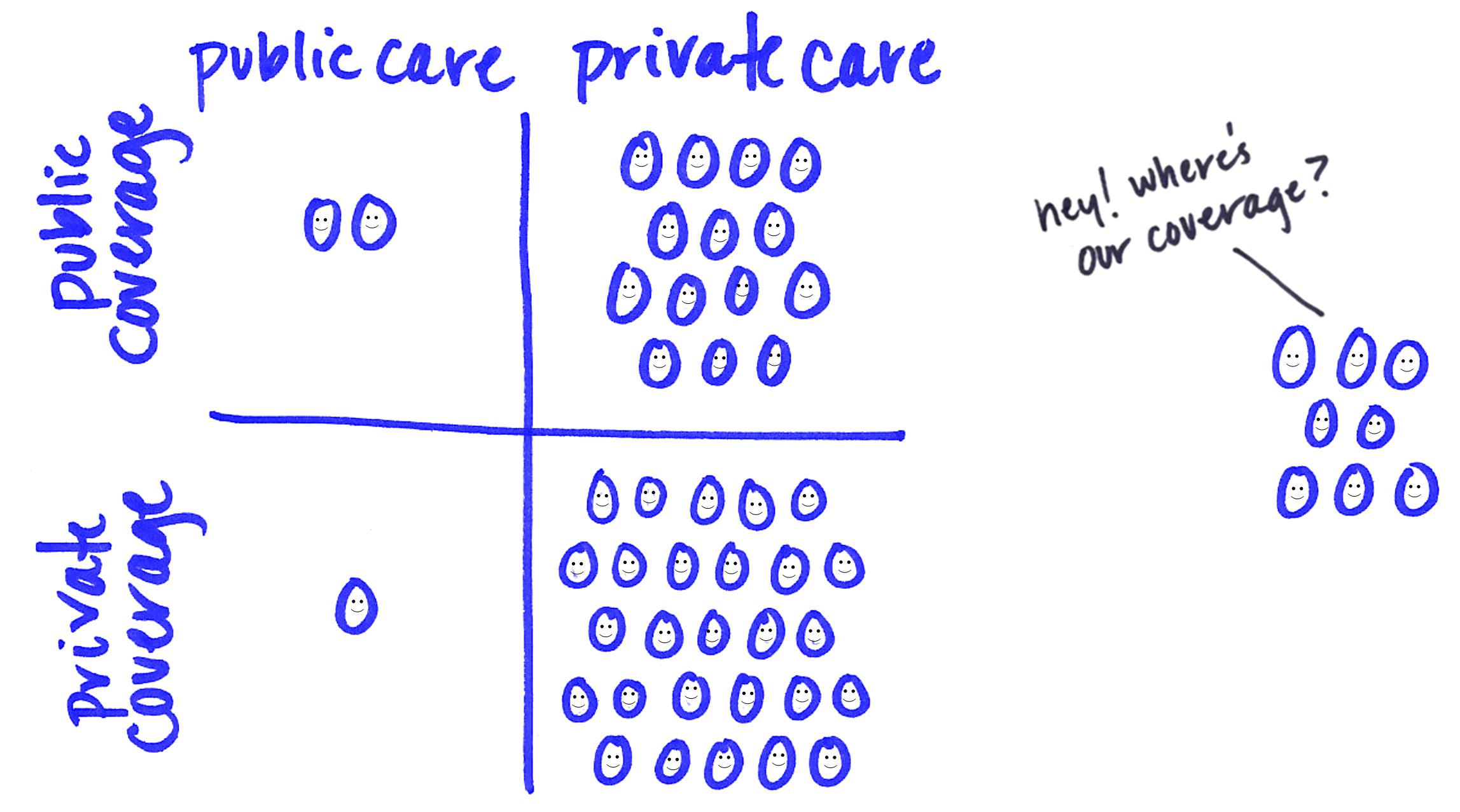 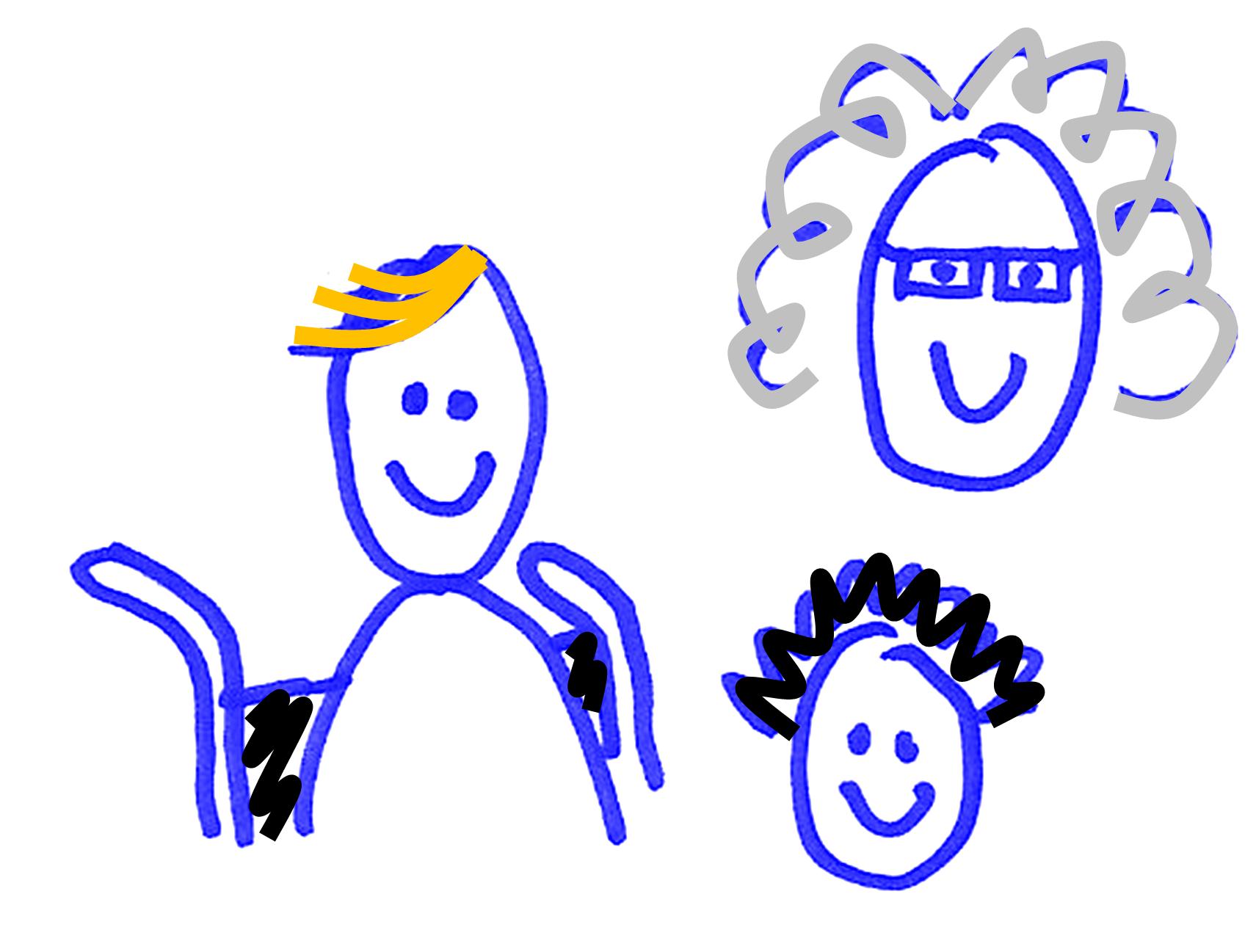 “Some Americans receive their care at privately-owned and operated hospitals and clinics (both for-profit and nonprofit), but their insurance (Medicare and Medicaid) is provided by the government and paid for by taxpayer dollars. Examples of people on this plan are seniors, children from low-income families, and the disabled."

“Some Americans receive their care in government-run hospitals, and their insurance is provided by the government and paid for by taxpayer dollars. The military is the primary user of this system."

“Most Americans receive their care at privately-owned and operated hospitals and clinics (both for-profit and nonprofit), and purchase their own insurance through employer-sponsored plans or from the individual insurance market."

“A few Americans receive their care at government-run hospitals, but purchase their own insurance through employer-sponsored plans or from the individual insurance market. One example of this is native Alaskans, whose tribal governments participate in the health care marketplace."

"Of course, that leaves out over 16% of the US population: the uninsured. These folks have a whole system of their own—you might call it pay-as-you-go—and it's the most expensive system there is. Patients paying their own way through the health care system pay 60%-90% more for the same care that insurers are paying for, because insurers can negotiate the rates down to a much lower level."

“While the US is known for having some of the best health care in the world, having five different systems at work has led to unsustainable cost growth and a gap in care between the wealthy and poor.”

My new friend sat there for a moment considering my explanation, and then said, “How did you end up with such a complicated system?”

But at that point, the speaker took the stage and the lights dimmed. Phew!

*Population ratios are approximate, based on 2010 US Census numbers.

Health Care Accountability in the Time of COVID-19