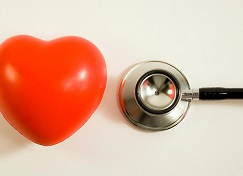 When my grandpa passed away from lung cancer, six kids and 22 grandkids were circled around his bed as the nurses maneuvered around us—carefully removing all of his tubes, I.V. lines, and finally, switching off the ventilator. My grandpa ultimately left this tough decision to disconnect life support in the hands of his children. He told us he didn’t want to be a burden to his family and understood that no matter what the doctors did for him, it would only extend his life for a little while longer. In hopes to ease his suffering sooner rather than later, we said goodbye to my grandpa exactly three months after his diagnosis.

End-of-life discussions are far from easy—even for doctors. We know that, in some cases, well-meaning doctors will do all that it takes to extend a patient’s life no matter how hopeless a case may be. In fact, doctors struggle with how to talk to patients about end-of-life care and 63 percent of doctors overestimate survival time. This situation is compounded when there is a language or culture gap, and interpreters are relied on to translate this sensitive topic.

In the United States, terminally ill patients account for a large portion of health care spending. An estimated 25 percent of all Medicare spending is for the five percent of patients who are in their final year of life. Medicare is also the largest insurer of health care provided during the last year of life—insuring approximately three-quarters of the 2.5 million people who die during a given year. However, more often than not, most of the money that is spent during this time proves to have little benefit and has been shown to decrease the quality of life for the patient.

As of January 1, 2016, Medicare has begun to reimburse for conversations on end-of-life care between providers and patients. These conversations are important to the patient-centered care that our health care system is moving toward, but it’s also necessary to curb aggressive medical interventions families don’t want or that won’t prolong a quality life.

There is growing knowledge within medical and social care communities about how to better engage a patient and their family when it comes to end-of-life planning, and palliative and hospice services are becoming well established to do this. The availability of these services has steadily increased over the years. Among large hospitals, 85 percent report a palliative care team and 1.6 to 1.7 million people received hospice care in 2014. Communities across Colorado are designing new and innovative ways to expand advance care planning in ways that are relevant to local populations.

On my last day with my grandpa, we all held hands and recited the Our Father, as we watched him take his final breath. It wasn’t the scenario we had planned, but as I stood there with my family, I couldn’t help but feel a sort of peace that I only hoped anyone in this situation could feel. End-of-life care is a topic we’d all love to avoid for as long as possible, but everyone deserves their best health, even in those final moments.

Power to the Patients, Part II