You are here: Home / Learn More / Blog / Acknowledging and Addressing Our Complicity 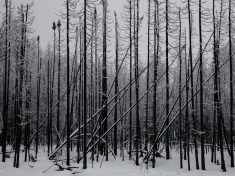 As an anthropology major in college, I learned that race was biological because it was identifiable in skeletons—but that isn’t true, because race isn’t genetic or biological—it’s social. There also was a lot of emphasis in my degree on “cultural traditions” like genital mutilation and child brides, which were presented as examples of how different or primitive other cultures could be, rather than as the influence of patriarchy that connects all societies and of which the US has a long, and well-documented history. My education, on top of decades of growing up as a white person in a country built by and for white people, led me to have seriously misguided and harmful views about the structural oppression that exists in the US, and I have a lot of work to do to re-educate myself and atone for my complicity in perpetuating it.

Recently, some important publications have publicly acknowledged their own shortcomings, stating that their coverage over the years has perpetuated these oppressive ideologies. The New York Times admitted to sexism (and to a lesser degree, racism) in its obituaries, and National Geographic admitted to racism in its coverage of foreign people and countries in the developing world. For over 150 years, it has been a measure of status as to whether The New York Times published a person’s obituary, and historically, those deemed worthy have largely been white men. Now the news titan has launched a series of long-overdue obituaries of remarkable women. Similarly, for over a hundred years National Geographic has been a way for westerners to get glimpses into faraway lands and people, but there has been “a long tradition of racism in the magazine’s coverage: in its text, its choice of subjects, and in its famed photography.” This month’s issue is now devoted to race, and how it’s a social construct that defines 21st Century America. Neither of these actions on their own is enough to make up for the multi-generational damage that these publications perpetrated, but it’s a start.

At Center for Health Progress, we too, have been looking at our own complicity and doing our best to correct our failings, with guidance from expert consultants. Sometimes the feedback has been hard to hear: that we’re clinging to elements of white supremacy culture, that some of our internal policies are punitive and dictatorial, or that we’re prioritizing the wrong voices and opinions in decision making. For 20 years as the Colorado Coalition for the Medically Underserved, we took a paternalistic approach to helping (and labeling) those “in need,” determining what needed to change for them and then driving those changes. As we celebrate one year as Center for Health Progress, we need to acknowledge that while we achieved some big wins in the past, we did it while perpetuating many of the oppressive structures we ultimately seek to dismantle. So we’re taking a new approach now, and it doesn’t absolve us of past mistakes, but it’s a start.

Admitting your own complicity in doing harm to others is difficult—whether it was intentional or out of ignorance. It’s also a necessary part of personal growth, and something we should pursue with gratitude and humility. As we now seek the leadership and expertise of Coloradans desperate for the same opportunity for good health that many of us have always had access to, they’re helping us see even more ways to improve and support their empowerment. I hope you’ll join me in reflecting on your own complicity and missteps you may have made in the past, and help hold me, and all of us at Center for Health Progress, accountable for our words and actions.

Moving Past the Plateau