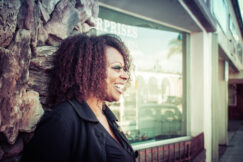 A large part of my job is advocating for the needs of BIPOC communities in meetings with legislators and government representatives, and I am often one of the only people of color in the room. When a white physician says, "people of color don't trust the health care system, it's just their culture," and heads nod around the room, I have to take a deep breath and speak up, reminding everyone that the basis of this mistrust is well-founded.

Recently, after one of these challenging meetings, I had a telehealth appointment with a specialist. In preparation, I’d spent time thoroughly gathering my thoughts so that I could effectively explain my medical concerns. Despite my best efforts, the doctor dismissed me at each turn, as if I did not know what I was experiencing. I could feel myself getting smaller and smaller. My continued attempts at explaining myself were met with increasing suspicion, ending in a thinly-veiled suggestion that I was drug seeking. At that point, I completely shut down, nervous that anything else I said would further convince him that I just wanted medications, and fearing that this would make it in my charts and lead to even worse interactions with providers in the future.

Less than an hour prior, I had been standing up for BIPOC communities to government officials and lawmakers and now I was completely shut down and dismissed. When I relayed the experience to my primary care doctor, she, likely with good intentions, said that I need to advocate for myself. But what does self-advocacy look like in health care as a Black woman? My attempts to advocate for myself are often viewed as being difficult, angry, or drug seeking. Black women who try to take charge of their health have been mocked, ignored, and reprimanded.

The narrative that often gets told around health disparities is that they are due to genetic differences between races, but race is a social construct. Health disparities are due to racism, and this impacts how people of color are treated by and interact with the health care system. When doctors ignore our pain because of the patently false stereotype that Black people have a higher pain tolerance, we suffer needlessly and develop a deep-seated mistrust of the health care system that is passed on through generations. I know that I am not alone in these experiences and I am privileged to be able to navigate the health care system to eventually get my needs met, but not everyone can.

We need systemic change within the places that care is delivered. We are actively advocating on bills this session that will make important progress in addressing inequities; the Colorado Option and Hospital Billing Reform will increase health equity and affordability. The Colorado Option will create a new health insurance plan that’s lower cost and higher quality, and will provide more coverage for the services that communities of color need most. Hospital Billing Reform will standardize billing practices across hospitals to reduce medical debt, which is also a huge need for communities of color. These bills are incredibly important, and I encourage you to contact your legislators to ask for their support.

Ultimately though, they can’t eliminate or even reduce the implicit racism that people of color face when we seek care or simply exist. Everyone within the health care system has a responsibility to recognize their role in upholding the status quo in health care which continues to devalue Black lives. At Center for Health Progress, our model of system change is rooted in community power, where those of us who are most directly affected by these injustices come together and lead in solidarity with allies to disrupt the status quo and reclaim our humanity and dignity. We deserve better. I deserve better. If you want to be a part of leading this change, as someone who is directly affected or as an ally, join the movement as a member!

Who Does the Health Care System Care about?

Health Care Accountability in the Time of COVID-19