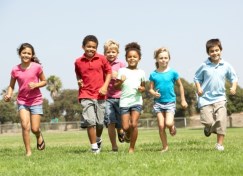 I used to tutor a fourth-grader named Luis. I was so proud to tell my friends about his progress, especially when he was almost ready to graduate to his grade level for reading. However, just when it seemed like he was making large strides, he stopped showing up. At first it was one missed session here and there, but then his absences started accumulating; I found out they were all health-related. This frustrated me for two reasons: one, his missed sessions directly translated to stunted growth in reading proficiency, and two, his health was being compromised at the same time as his education. While it’s not surprising that sick days can inhibit academic growth, it was nonetheless difficult to watch it happen right before my eyes.

Overall, Colorado kids are pretty healthy. Of our over 1.2 million children, 87% are in excellent or very good health, compared to the national average of 84%. However, while generally healthy, some Colorado children are not getting their needs met by the health care system. There are three criteria considered essential for high quality care—adequate insurance, preventive health care, and ongoing, coordinated care in a medical home—but many kids aren’t getting all three. As a result, they are vulnerable to poor health.

To draw attention to the needs of these vulnerable kids, All Kids Covered, a collaborative effort between over 40 organizations across the state, is releasing a new report (PDF) on the quality of care for Colorado kids. The data, once examined more closely, shows disparities in access to care for certain demographic groups: some children are significantly more vulnerable than others.

It is important to recognize how far we have come in ensuring optimal health for all kids in our state—nearly 9 out of 10 kids are in great health! At the same time, there is still much work to be done in order to provide a better safety net for the kids who continually fall through the cracks of Colorado’s health care system. Armed with good data, which we’ve summarized in our Ensuring Quality Health Care for Colorado’s Children report, we can better understand the gaps that remain and see where we should focus our attention and resources. If we truly care about a bright future for Colorado—for Luis and all children like him—then we need to invest in a health system that doesn’t leave some children more vulnerable than others.