You are here: Home / Learn More / Blog / Colorado is Home for Immigrant Families 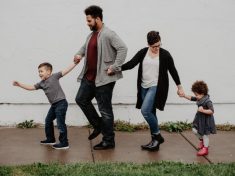 During my senior year of college, I had the opportunity to work with families living in public housing to inform my honors thesis in sociology. To collect data, I interviewed families about their neighborhoods,previous living arrangements, use of public services like WIC and Medicaid, and discrimination. Although I didn’t set out to focus on immigration, my thesis evolved because each of the families I interviewed had at least one member who was an immigrant from Mexico. Several families were “mixed-status,” meaning that they had members with different citizenship or immigration statuses. In the end, I wrote about how these immigrant families constructed their homes on the household level and the neighborhood level, as well as the threats they faced in doing so.

Because of this experience, I am all too familiar with the damage a new proposed Housing and Urban Development (HUD) rule that would prohibit mixed-status families from living in public housing and using Section 8 vouchers would do. Based on HUD’s own analysis, the rule would threaten housing for 25,000 mixed-status families—including over 55,000 children who are US citizens or green card holders. Furthermore, the proposed rule would also impose burdensome documentation requirements on over nine million people who receive housing subsidies. This will disproportionately impact low-income residents, people of color, people with disabilities, and elderly Americans. Because we know that housing is inextricably tied to health, especially for mothers and children, the proposed rule amounts to not only an attack on millions of people’s homes, but an attack on their health, wellbeing, and future.

This proposed rule is the latest brick in the “invisible wall”—the racist and xenophobic policies of the Trump administration. Other bricks in the invisible wall include the proposed public charge rule, which would make accessing public benefit programs like SNAP and Medicaid a disqualifier for immigration, and the attempt to include a citizenship question on the 2020 Census. With each new policy, the administration is weaponizing basic needs like food, housing, and health care in its attacks on immigrant families.

We must fight back against this proposed HUD policy and other harmful policies like it. Advocates can continue to share information with immigrant families about what has and has not changed and how important it is to continue to get help they need. We should also follow the lead of organizations like the Colorado Immigrant Rights Coalition, The National Housing Law Project, RAICES, Protecting Immigrant Families Campaign, and others who are most closely connected to immigrant communities and whose leadership is galvanizing the immigrant rights movement. Lastly, we cannot let the invisible wall remain invisible. We all have a responsibility to speak out in public ways, submit official comments on proposed rule changes, contact our elected officials, tell our friends and neighbors how they can get involved, and show up for immigrants at rallies, protests, raids, marches, and through other acts of solidarity.

These days, I think often about the immigrant families who shared their time and experiences with me. They, and so many others, are facing new challenges to good health at every turn. Everyone, no matter where they come from or how they got here, deserves to live a happy and healthy life, so that’s what I’m fighting for—and I hope you are, too.