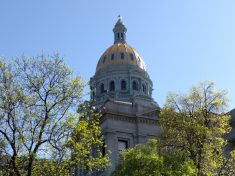 Law and Order: Special Victims Unit is one of my favorite television shows of all time. On the off chance you’ve never seen it, the Law and Order series is a TV drama that follows crimes as they are investigated by law enforcement and prosecuted in court. Most viewers are pulled in by the drama of complex characters in unfortunate situations, which often creates a tension between what is ethical and what is just. But my favorite part is when law enforcement arrests a suspect and reads them their rights:

I like this part for two reasons: first, it’s almost always over-the-top dramatic, but second, I like the idea it represents—we value fairness so much in our country that everyone has a right to seek justice in the court of law. Access to competent legal representation can mean the difference between freedom and imprisonment in major criminal proceedings; however, your constitutional right to legal representation does not extend to non-criminal complaints. There is no shortage of housing laws to prohibit certain discriminatory practices, but if a renter is discriminated against and cannot afford an attorney, it becomes less likely that they will have legal recourse. For this reason and others, it is important that our government assures Coloradans that access to justice isn’t tied to their bank account. The Civil Rights Commission of the Colorado Civil Rights Division (CCRD) is an example of that assurance.

With the CCRD in place, Coloradans who face discrimination in areas of housing, employment, and public spaces have somewhere to turn for help. They investigate claims of illegal discrimination and enforce anti-discrimination laws. In February, however, the legislative Joint Budget Committee failed to fund the CCRD, calling into question the state’s commitment to equal rights. HB18-1256, a bill to reauthorize the Civil Rights Commission without changes, passed the Democratic-controlled House in March and moved to the Republican-controlled Senate last week. There, it’s been weakened with amendments that would allow corporations to opt out of the enforcement process, essentially providing a free pass for companies to continue violating the civil rights of individuals who can’t afford to take them to court.

Many studies have shown that discrimination is bad for your health—whether it’s racism or other forms of discrimination. That’s why Center for Health Progress supported the passage of HB18-1256 and funding for the CCRD: we believe that factors such as race, disability, religion, gender identity, or sexual orientation should not determine a person’s opportunity to live a healthy life.

The fate of the Senate bill remains to be seen, but it’s frustrating to see legislators tampering with Colorado's storied history of civil rights--the CCRD even pre-dates the federal Civil Rights Act. We need the CCRD; it ensures that Coloradans who experience racism and discrimination have a place to receive the protection and justice they deserve. And, a more just society is key to a healthier society.

Paving the Way for Disability Rights