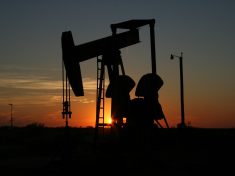 I watch The Daily Show with Trevor Noah, and recently a local story about fracking and environmental justice was featured. When a Greeley school of majority-white children didn’t want fracking next to their playground because of the health and safety threats, the drilling site was moved next to Bella Romero Academy, a school of low-income, majority-Hispanic children. Weld County is 29% Hispanic, compared to 21.5% of Colorado overall, and the county’s air pollution rate is nearly twice as bad as the state average. These aren’t accidents: they’re environmental racism.

This is one incident where white children’s health is preserved over the lives of children of color, and there are many more. In 2013, Xiuhtezcatl Martinez, who is a long-time environmental justice leader (and has also made an appearance on The Daily Show) and seven other youth leaders, reached out to the Colorado Oil and Gas Conservation Commission (COGCC) requesting a rule around drilling permits. They wanted assurances that any drilling that COGCC approved would not harm human or environmental health, or contribute to climate change. Last month, after a long legal battle that went all the way to the Colorado Supreme Court, the court sided with the oil and gas regulators. They said regulators “cannot put health and environment above all other considerations when approving new fossil fuel development.” Days after this ruling, local news reported that an appellate judge who had previously ruled in favor of oil and gas used a racial slur when referring to a fellow judge in an email. This confession was followed by a disciplinary panel and her resignation. Her obvious and explicit racial bias is now being cited as a reason for the Supreme Court ruling to be overturned.

There are countless examples of how our systems have historically prioritized profits over people and the environment, and how this type of exploitation costs people of color their lives. Fracking has been linked to air pollution and a variety of health risks; fracking is also more common in communities of color, and communities of color are already more likely to suffer from chronic conditions triggered by air pollution, such as asthma.

Oil and gas as an industry has always wielded its power and influence as an instrument of blunt force trauma. When a community clearly says they’re not welcome, there are plenty of examples of how they force their way in anyway. And despite all the oil and gas regulations that have been implemented to protect state lands and Coloradans’ health, communities are still experiencing irreversible damage to their lives, their health, and the air, water, plants, and animals that make Colorado their home.

Environmental justice is an issue of health justice and racial justice. As we make critical policy decisions—like whether coal plants should continue to operate or whether health and environmental impacts should influence drilling permits—we must remember whose lives are at stake and how racism and classism are showing up in the outcomes of decision makers. Protecting our children, our neighbors, our communities, and our planet depends on our commitment to equity and justice.