You are here: Home / Learn More / Blog / Electric Power to the People 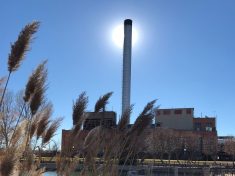 I remember canvassing during the 2012 election on Pueblo’s east side and coming across two houses that had been disconnected from electric power. One house had several extra long extension cords running through the alley from the house of a family member down the street and the other house had a smelly, noisy, gas-powered generator out on the front porch. Both houses had kids playing in the yard, and it was an unusually hot September, so there were fans, a couple lights, and a TV hooked up to a maze of tangled extension cords and power strips.

When utility companies shut off power, people are forced to use alternatives and risk injury or death from fire or carbon monoxide poisoning. Nationally, one in four households is disconnected annually for failure to pay, and in 2015, a family of eight died of carbon monoxide poisoning from a generator after the power company cut their utilities. I remember talking about the issue here in Pueblo with candidates running for seats in that election. I remember local social service leaders like Anne Stattelman and Nancy Crafton speaking up about what they saw as a growing crisis in our community, and I remember it was years before we uncovered that over 7000 households in Pueblo are disconnected and left without power each year.

Families that can’t pay electric bills often struggle to cover other basic needs, such as housing, food, and medication. Families are forced to forgo buying adequate food so they can pay for heat or air conditioning—a particularly serious “choice” for families with young children. Without power, people can’t keep insulin and other medications cold, or use life-saving equipment like nebulizers or oxygen tanks. Difficulty paying bills contributes to chronic stress, which harms mental and physical well-being and is linked to greater risk of illness.

For those of us who’ve had a disconnection happen to us, we know you have to go down to the office and pay the lapsed bill, usually with a late fee. And until summer 2018, Pueblo’s local energy provider, Black Hills Energy, required an additional 90-day deposit. No wonder there were houses just making do without electricity! Families would move the name on the bill around to various family members so they could sign up as a new customer. I remember a college student crying about not being able to get a car loan because her credit had been ruined by her family’s unpaid utility bill.

For nearly a decade, various grassroots campaigns have sought to expose policies and practices of Black Hills Energy in respect to electric rates that are the highest of any community on the Front Range. This has truly been a community effort with significant contributions from entities like Revolt, Continuum of Care, Centro de Los Pobres, Posada, Pueblo’s Energy Future, Faith Leaders in Action, the local Sierra Club, Renewed Energy Owners Coalition of America, business owners, activists, and concerned residents. This May, Pueblo will finally get the chance to collectively declare that for-profit energy companies are not good for our community and authorize the creation of a publicly-owned electric utility that will keep money here in Pueblo and better serve our needs.

Access to reliable, affordable energy is a public health necessity. With more intense extreme heat and cold events, and rising energy costs, we need to protect those on the frontlines of climate change—the great majority of whom are people of color and families with low or fixed incomes. This is a challenge in communities across the state and country. When we talk about health equity, this is exactly the kind of challenge we must come together to tackle. It’s time to use our collective power to take back electric power!

How have Puebloans organized for public power? Here's a timeline:

The Power of Membership