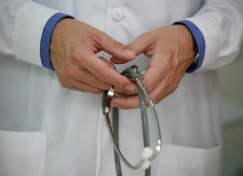 When a legislature is politically split, a bill must appeal to both sides of the aisle in order to pass. It raises the bar on our legislation, demanding that it be well-structured and commonsense. This year, I was impressed that Colorado’s split state legislature—with a Republican majority in the Senate and a Democratic majority in the House—found significant common ground on access to care issues that will improve the health care system and better meet the needs of all Coloradans.

One of the more notable bills that became law this year is Senate Bill 197 (PDF), which reduces a significant barrier that many advanced practice nurses (APNs) were facing as they completed their master’s degrees. Previously, the law required that APN graduates complete 3,600 hours of training under the mentorship of a physician before they had independent authority to prescribe medications. According to an advisory taskforce’s report (PDF), it was difficult for many graduates to find jobs or find physicians who would be able to take the time out of their busy practice schedules to be mentors, which meant many APNs left Colorado to practice in other states. Responding to that challenge, legislators overwhelmingly supported SB 197, which includes experienced APNs as possible mentors and reduces the requirement to 1,000 hours, as long as the APN has 3 years of prior clinical experience.

Large shortages exist in Colorado’s health care workforce, which leads to challenges in accessing care for many residents across the state. I testified on behalf of CCMU on Senate Bill 197 because it will strengthen Colorado’s primary care workforce by increasing the numbers of qualified APNs able to care for patients. Although this issue was initially politically sensitive, when physicians and nurses came together to reach a compromise, it galvanized legislators and key stakeholders who then supported it overwhelmingly.

Three other bills that we supported, and the legislature ultimately passed, aim to improve access to care. First, House Bill 1029 (PDF) enables the use of telehealth in clinical settings as it may be an appropriate alternative to in-person patient visits. Second, House Bill 1039 (PDF) enables facilities to donate unexpired, unused, and unopened prescription drugs to be donated to patients who need them. Third, improves tele-dentistry by allowing dental hygienists to place temporary fillings, which gives the patient interim care before they can get their tooth permanently fixed. Again, these bills also received support from the majority in the legislature and in the stakeholder community.

While there were some failed bills that could have continued to improve the health care system, this year’s track record was, by and large, strong. Bills regarding access to health care were well-written, well-developed, and won the support of many diverse stakeholders and legislators from both political parties.

At CCMU, we have long embraced the “purple” nature of our state and we see it as an asset to have so many different perspectives informing health systems change discussions. I hope next year’s session builds on the successes we’ve seen this year with bipartisan support for smart, sound policy that increases access to care and improves Colorado’s health system.