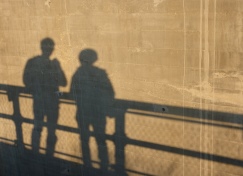 Political campaigns seem to start earlier and earlier each election—and this year is no different. With all kinds of presidential candidates coming out of the woodwork, there is a lot of information to take in. As interesting as I find it, by the end of election season, I am really ready to get back to my favorite shows on Netflix!

As the war of words begins ahead of the 2016 election, it seems immigration reform is going to once again be a hot topic, and there have already been some pretty strongly-worded statements made on the subject. Regardless of your feelings on the issue, with 11.2 million undocumented immigrants residing within the country’s borders, it is clear that they have an impact on the country’s economy, society, health care infrastructure, and other resources; but with so little data available, it’s not clear if whether those effects are positive or negative. There is, however, a compelling need to answer that question.

As an organization that works to create opportunities and eliminate barriers for medically underserved Coloradans, we have a particular interest in the health care implications of immigration reform—both the effect our system has on the health of undocumented immigrants, and the effect this population has on costs, access, and quality of care. Under current law, undocumented immigrants are not eligible to purchase health insurance within federal or state marketplaces, they are not provided subsidies to purchase health insurance, and they do not qualify for Medicaid. That means the majority of undocumented immigrants (an estimated 64%, as of 2006), are uninsured. Like other Americans who are uninsured, many undocumented immigrants will delay care until the issue is urgent, and thus more difficult and expensive to treat. This puts pressure on the safety net clinics and emergency departments that provide the bulk of this population’s health care, much of which these patients cannot afford. The cost of treating undocumented immigrants is hard to calculate and estimates vary widely, although the Center for Immigration Studies puts the total for uninsured undocumented immigrants around $4.3 billion per year. What is generally agreed upon, however, is that “the foreign-born (especially the undocumented) use disproportionately fewer medical services and contribute less to health care costs in relation to their population share.”

What is less talked about is what undocumented immigrants pay into the health care system. New findings (PDF) suggest that this population contributes billions of dollars per year. The study, which looked specifically at Medicare, found that undocumented workers contributed $35.1 billion more between 2000 and 2011 than they received in care. Most pay taxes, but never become eligible for Medicare because of their status. Though undocumented immigrants rely on emergency and safety net services—not Medicare—for most of their health care, it’s worth noting that they are paying into and drawing out of the system at somewhat similar rates.

Some states have taken action to extend health care benefits to undocumented immigrants because they see insuring this population as a way to lower costs and improve health. California and New York are finding ways to offer coverage through temporary work visas. Several other states offer coverage to various subsets of the undocumented immigrant population—such as children or pregnant mothers—although Colorado is not among these.

This is a challenging issue, and one that needs a lot more civil dialogue so we can develop real solutions. It’s important that we find a way to make our health care system inclusive that makes sense both fiscally and ethically. A way that allows undocumented immigrants to get the care they need when they need it, without increasing costs to other patients or the system, and without reducing access or care quality overall. Of course, there is no easy answer, but continuing to exclude undocumented immigrants from the health care system entirely not only hurts their health, but our economy as well.

It’s going to be a long election season—it always is—but regardless of the outcome, I hope we can discuss the role of undocumented immigrants in America with dignity and commonsense. Okay, that might be asking too much, but I can dream!