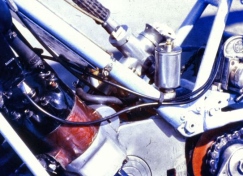 I just celebrated my three-year anniversary working for CCMU, but a bigger three-year anniversary celebration is on the horizon: three years of the Connect to Coverage, Connect to Care Campaign, which launched in March 2011. I’ve devoted an enormous amount of time to this work, and sometimes when you’re that invested in a project, the hardest decision is to end it—even if you know the time is right. All campaigns do end eventually though, whether social, political, or otherwise, and this March, the Connect Campaign will have reached its end, too.

The Connect Campaign was formed to maximize the coverage opportunity enabled by state law to expand Medicaid for low-income adults without dependent children. We gathered over 600 stakeholders from around Colorado who were committed to the vision of working systems, concerted outreach and enrollment efforts, and ready and accepting care providers. We initiated a dialogue between communities and the state about developing and implementing the expansion. Also, through the sharing of information, we empowered organizations around the state to do what they were best at, whether it was outreach and enrollment services or preparing health care providers for newly-insured patients. Leading up to the full expansion of Medicaid at the beginning of this year, these large group conversations and coordination were critical to the success of the law’s implementation.

Having reached the milestone of making Medicaid available to all Coloradans who qualify under federal and state laws, we are ready to celebrate. What a long and important journey it’s been! Now that we’re here though, it came time to ask ourselves if the next stage of this work fits within the Campaign’s framework. We’ve all heard the old adage, if it isn’t broken, don’t fix it, but could there be exceptions to that rule? Could it be that even though the Campaign was and is a high-functioning success, that—given the new kinds of work ahead—our well-organized, effective machine could actually be more valuable as spare parts? The truth is, the three branches of the Campaign’s work (outreach and enrollment, systems improvements, and provider readiness) are now better tackled by smaller, more-focused groups who are the topic experts and well-positioned to continue it. CCMU will redirect our freed-up resources to the large, complex issue of ensuring all Coloradans have adequate access to health care.

We’re proud to say that the successes of the Connect Campaign go beyond policy and implementation. The clear vision that the Campaign promulgated has taken root and will live on past March in the work of others. The spirit of collaboration in which the Campaign has operated has formed strong bonds between organizations and created new partnerships that will endure. We gained the most when we listened more than we spoke, and that ethic of community participation will be carried forward as we engage patients, providers, county offices, enrollment workers, and community members to improve Medicaid.

It was a tough decision to end the Campaign after our investment of time, money, and relationship-building, especially since there is much left to be achieved. However, we believe that by dividing the work, and by taking on a more focused piece of that work ourselves, we can increase our ability to achieve a high-functioning Medicaid. Thank you to all our friends and partners that have worked alongside us for the past three years—we can’t wait to celebrate a great end to a great campaign with you this March!

Policymaking, From Idea to Reality