You are here: Home / Learn More / Blog / Good Neighbors are Good for Your Health 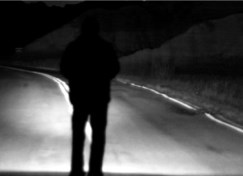 It was 11pm and I was driving home by myself. I rolled to a stop at the first of three stop signs in my neighborhood and saw movement in the dark. The outline of a young man, in his late teens or early twenties, emerged, running up to the passenger side of my car. I tensed up. I cracked the window less than an inch, and he said, “Do you have jumper cables?”

I’m sure my fear and hesitation read all over my face. I did have jumper cables, and I wanted to be a good neighbor, but I didn’t know this person, and had no way of knowing if the shadowy vehicle I saw off to the right actually needed a jump—you’ve read all the same news stories I have, right? He held his hands up and began repeating, “I’m not a threat, I’m not a threat, I’m not a threat.” He said it an almost uncomfortable number of times. I reluctantly pulled over and got out my emergency roadside kit. His car flickered back to life with a little bit of coaxing, and he was on his way.

It was a fleeting, insignificant incident, but I’ve been thinking about it since that night, and have experienced a wide range of emotions. I was disappointed in myself that I wasn’t the gracious neighbor I could’ve been. I was angry that the world has become dangerous enough that I have to feel afraid in my own—very safe, by most standards—neighborhood. I was indignant that had it been my husband who had been stopped, or if my husband had been with me, there would’ve been no hesitation to help. And, I was sad that despite his young age, he knew exactly why I was hesitating and that in order to get help he was going to have to first prove his innocence. When did protecting personal safety and being a good neighbor become mutually exclusive?

All the data says that the safety of a community is closely correlated to the health of its residents (PDF). The social capital of strong neighborhood bonds leads to better population health, and one of the ways we build social capital is by doing exactly the thing I was hesitating about: stopping to help a neighbor in need. There are lots of ways to build social capital and connect with your neighbors, and it’s easy to say that the future health of our communities depends on everyone taking steps to be a good neighbor; that’s true, but it’s not that simple. The unfortunate reality is that there are safety concerns to being a good neighbor, and the less safe the neighborhood is, the less likely a resident is going to be willing to take that risk.

In order for communities to be safer, we need neighbors to connect with and support each other; in order for neighbors to be willing to connect with and support each other, they need to feel safe in their community. So which comes first? The answer is—neither. They will have to evolve over time, together. It will take concerted efforts from leaders, to reduce crime and improve public safety, and from community members, to make connections with neighbors and support the social infrastructure. And when we succeed, the ultimate outcome will be healthier, happier communities.

I want that for my community, and all Colorado communities, so I’ll be working on getting to know my neighbors better, and I encourage you to do the same. Perhaps I’ll also see about getting a streetlight installed on that corner—just in case.

Walking Where the Sidewalks End