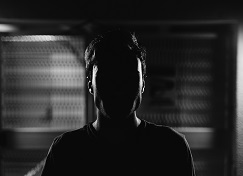 One of the many staples to my graduate program, along with an endless supply of red bull and keeping Tupperware handy at any food-based event, was reading White Privilege: Unpacking the Invisible Knapsack.

It was one of the first readings I was assigned, and the first time in my 22 years that I had been asked to contemplate my own privilege. Growing up in a family where we often found ourselves searching couch cushions for spare change, I had never considered myself privileged, but that was exactly what this article intended to make you realize. As a white person, numb to my own privilege, I didn’t feel the knapsack full of special opportunities I had strapped to my back that people of other races didn’t receive at the start of life. From being able to obtain a loan to attend this graduate program, to never thinking twice about finding a television show starring people who looked like me, these privileges had gone unnoticed. Over the next two years of my schooling, I started to unpack what all of this meant and began to learn how to address institutional racism head-on.

Institutional racism describes forms of racism which are structured into political and social institutions. It occurs when organizations, institutions, or governments discriminate, either deliberately or indirectly, against certain groups of people to limit their rights. We’ve seen this notably in certain housing and criminal sentencing policies, but because of pervasive health disparities, we also know institutional racism extends far into our health care system. In Colorado, the rate of infant death among black babies is triple that of white babies, and across the nation, black males live almost five years less than white males (PDF). In a recent study, researchers discovered that black patients are systemically undertreated for pain, as an alarming amount of medical students still believe blacks feel less pain than whites.

Additionally, although Colorado has seen recent improvements, racial disparities persist in access to health care and insurance coverage. Nationally, the Affordable Care Act had an explicit aim to address health disparities in health care coverage and access to care for people of color; however, the Supreme Court’s 2012 decision in NFIB v. Sebelius severely weakened a key provision of the law—the expansion of Medicaid. Without that provision, states could choose to opt-out of Medicaid expansion, and seven of the ten states with the highest black populations in the U.S. did just that.

In a system rife with institutionalized racism and privilege, it can be overwhelming to know where to begin. At CCMU, we are taking a meaningful first step by committing to addressing, talking, learning, and pushing ourselves to get to the root of health inequities. We have detailed an internal anti-oppression plan, which includes goals around staff participation in quarterly work sessions like an upcoming Undoing Racism training.

I may never understand what it’s like to not be able to find a doctor who looks like me or speaks my language or understands my cultural beliefs. I’ll probably never be forced to rent a home in an area impacted by poor environmental factors, but I do understand that my acknowledgment of these privileges gets us one step closer to making sure no one’s health suffers because of the color of their skin. Race relations is not a zero sum game, and the sooner we all start understanding how white people have continued to benefit at the expense of others, the better for it we all will be. We aren’t going to undo centuries of institutional racism overnight, and it will take a lifelong commitment—to learn, unlearn, and relearn—but, I believe we can get there. We must get there.

Intervening on Interpersonal and Institutional Social Determinants of Health