You are here: Home / Learn More / Blog / Launching the Coalition for Immigrant Health 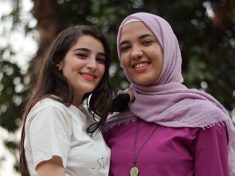 One of my most rewarding projects at Center for Health Progress for the last few years has been the Coalition for Immigrant Health. It builds upon our theory that significant policy victories require a broad and diverse coalition of individuals and organizations. We are so proud that through the effort of coalitions, we were able to expand Medicaid coverage, establish Colorado’s insurance marketplace, make improvements to our non-emergent medical transportation benefit in Medicaid, and so much more.

We established the Coalition for Immigrant Health in April 2016 with a big policy goal—to create coverage options for immigrants of all documentation statuses. Although Colorado has been a national leader in expanding health insurance options, which led to the lowest percentage of uninsured Coloradans ever, many were left out of these reforms because of their immigration status. We believed that with a strong coalition, research, grassroots engagement, and other focused resources, we could achieve this next big goal.

This Coalition is an exciting place to be. It’s the only table of its kind in Colorado where immigrant rights and health advocacy organizations come together to drive toward a common purpose. We have over 50 organizations and over 100 individuals who participate at varying levels—and we’ve naturally had several organizations step up as active leaders.

The presidential election in November 2016 brought challenges that we didn’t expect. As anti-immigrant rhetoric and policies ramped up, so did fears of deportation and family separation. Soon, those fears were becoming reality for immigrants across the country. That changed the priorities of the Coalition—we wanted to center the current experience and priorities of immigrants in the work we were doing, and a coverage campaign wasn’t a top priority. It became urgent for a growing number of active and vocal supporters, especially those who hold positions of power, to ally themselves with immigrants. Fortunately, health organizations and health care providers showed up. This translates into a more powerful and broader-reaching movement for immigrants and their health. Once immigrant communities feel the immediate threats to their well-being have receded, there will be an opportunity to pursue policy changes that create health care coverage options for immigrants.

Starting in 2017, we began to work on a broader range of immigrant health and safety issues. One of these was I Drive Colorado, which aimed to improve access to driver’s licenses for immigrants without documentation. By connecting transportation to good health and access to care, the coalition for Immigrant Health brought the trusted voices of doctors and health care systems to the cause, expanding legislative and public support, and ultimately passing legislation. This year, we’re continuing with three big priorities: 1) Maintenance and expansion of the I Drive program to a total of 10 DMV locations statewide; 2) Increasing access to perinatal and reproductive health benefits in Medicaid for low-income immigrant women; 3) Protecting immigrants from Immigration and Customs Enforcement (ICE) requests for information, especially when it comes to health facilities, unless there is a valid judicial warrant.

With each victory, we are making Colorado healthier and more inclusive. We’re also creating space for immigrant communities to lead us and this movement. I’m excited to see what’s ahead for the Coalition for Immigrant Health and for Colorado, and I’m grateful to each of you standing with us in this brave and important new space.

Colorado is Home for Immigrant Families