You are here: Home / Learn More / Blog / Moving Past the Plateau 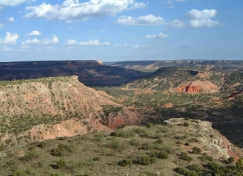 During a whirlwind spring cleaning at CCMU’s offices recently, we came across a 2004 report from the Colorado Health Institute (CHI) called a “Profile of the Uninsured.” Interested in what progress we’ve made since then, I dove in. It stated that about 770,000 Coloradans, or 17.1%, were uninsured at some point in 2004. Fast forward to today, and according to a 2012 CHI report, 760,000 Coloradans were uninsured at some point in 2011, or 15.1% of the population. Unfortunately, the data sources are slightly different for the two reports, so it’s not an apples-to-apples comparison. However, it does appear we’ve made some modest progress, although the number of uninsured continues to be high.

By contrast, in those same seven years I have graduated from high school, college, and am now two years into a career. I have furthered myself through education, professional development, and gained more independence. It’s easy to wonder why Colorado hasn’t been able to accomplish more—to wonder why it feels like we’re in pretty much the same place as we were seven years ago. Clearly, even on a relatively cut-and-dry issue like coverage—statewide change is really challenging.

According to a 2009 Denver University report, since 1984, national uninsurance rates have hovered steadily between 14.5-17.5%. In the early 1980s, we saw our lowest uninsurance rates, but those rates increased through the 1980s when some employers began eliminating health coverage from their benefits plans. In the past two decades, the rates have remained largely unchanged. History has shown repeatedly that achieving statewide coverage is a complex, expensive, and elusive goal. It is not impossible, however. In Massachusetts, only 3% of the population was uninsured in 2008, and they continue to have the highest proportion of their population insured today. By comparison, Colorado was ranked 27th on this indicator.

It’s easy to feel defeated and frustrated when up against such daunting numbers, but for me they give a renewed sense of urgency in this work. Fortunately, the Affordable Care Act and Colorado health care reform efforts have given us new options for expanding coverage, and we should start to see results over the next several months and years. As with any large scale change, there are times of plateau, and you may need a new approach to push through a difficult time.  People who have experienced weight loss can relate to this; what has been successful to a point in shedding those pounds—your hard work and smart choices—might no longer be enough. Colorado is on the verge of launching some new approaches, and to be successful we must ensure we are prepared and committed to the effort.

I acknowledge that the dramatic changes I have been through in the last seven years have been unique to my age. However, I feel hopeful that Colorado can experience the same kinds of dramatic progress in the near future, so that seven years from now we can look back and be proud of how far we have come.

Inside the Petri Dish

Mapping Our Way to a Healthier Future

A (painstakingly-illustrated) picture of health