You are here: Home / Learn More / Blog / Much Ado About Medicaid Fraud 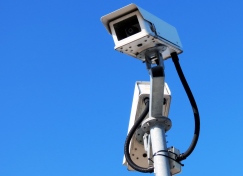 Having just had to replace my credit card because the number was stolen (and used for a puzzling number of gas station purchases), fraud has been on my mind recently. So, I paid extra attention when Senate Bill 120 (PDF) was introduced, because it aims to address Medicaid fraud, which drives up health care costs. The bill would help patients identify instances of billing fraud by Medicaid providers by requiring our state Medicaid department to send them Explanations of Benefits—statements of services and their associated costs. This allows the system to recover costs and offers patients the tools and support needed to take action.

According to Health Affairs, fraud entails “illegal activities in which someone gets something of value without having to pay for it or earn it.” There are many ways this shows up in health care, one of which involves providers billing for a service or equipment that patients never received. Nationally, about $19 billion (that’s 7%) of federal Medicaid dollars were absorbed by improper (pertaining to fraud, abuse, and unintentional slip-ups like paperwork errors) payments in 2012. In Colorado, a recent Denver Post article revealed that over $3 million in fraudulent Medicaid billings were recovered after the Colorado Attorney General’s Medicaid Fraud Control Unit discovered eight different anesthesia providers were charging patients incorrectly.

This is a sticky problem to address. On the one hand, improper Medicaid payments, if not taken seriously, will continue increasing state and federal Medicaid budgets. On the other hand, there is already a shortage of Medicaid providers, so it requires a good deal of thought and tact to protect providers who are genuinely interested in serving Medicaid patients. The research (PDF) tells us that tackling this kind of fraud requires a three-pronged approach:

Issues of fraud aren’t confined to public health insurance, and the jury is out as to whether strategies to eliminate billing fraud are even effective. However, with the millions of dollars that could be saved in health care costs by addressing fraud, there is a clear incentive to act. We need to encourage providers to participate in public health insurance programs, while ensuring that inefficiencies in the health care system are addressed. Last year, our state Medicaid department recovered $91.4 million (PDF), and is gearing up to launch a patient portal with billing information access this year. It will be interesting to see the effects of this portal on Medicaid billing fraud, and CCMU plans to keep it on our radar. Having my credit card number stolen was highly inconvenient, but it could’ve been worse, as it is when it comes to our health care; it is clear the worth of investing in systems that are fraud-free as possible for patients, providers, and taxpayers.

In Defense of Medicaid