You are here: Home / Learn More / Blog / One Giant Leap for Access to Care 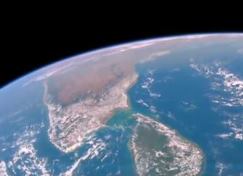 In seventh grade, I was strong-armed into reading Space, by James Michener, by a well-meaning father who thought I needed to diversify my reading selections beyond comic books. I read it again in eighth grade by choice, and several more times after that, until the book disintegrated and I had to let it go. I was reminded of my love for it last week, though, when I saw the trailer for Planetary, a documentary film that premiered last month.

Planetary focuses on the shift in perspective that astronauts and the space program had upon making it to space. They thought the reason for all their hard work and investment was to reach the moon, but then they literally turned around in their seats and saw the Earth for the first time as a whole planet; it transformed the way they saw themselves and mankind’s role as its inhabitants. One person in the film describes the sudden realization that, “the earth is one system, we’re all part of that system, and there is a certain unity and coherence to it all.” It became their most important reason for going to space.

It’s the kind of message that resonates with us at CCMU, as we’re constantly keeping our focus on the big picture of our state’s health system and its ability to care for all Coloradans. We see the connections between health and poverty, mental and physical health, cost and quality, coverage and access to care, and the many other elements that make up our complex system. And, it’s why we’re constantly looking for new ways to measure progress and identify areas that the system isn’t working so we know where to focus our efforts.

On March 19, we proudly assisted the Colorado Health Institute in launching Colorado’s first ever Access to Care Index. It’s a project that’s been in development for well over a year, and on our minds much longer than that. This exciting new tool explores access to care in communities of all kinds—geographic, demographic, and socioeconomic—and provides the data necessary to inform our conversations and make smart decisions about how to make the system work better for Coloradans.

Colorado’s overall access score is 7.7 out of 10. A perfect 10 would mean that every Coloradan can access care when they need to, is accessing preventive care as appropriate, and doesn’t face any social or circumstantial barriers to health care access. That’s a high bar to reach for, so the fact that we’re over three-quarters of the way there is impressive. However, the Index also clearly highlights the disparities in access that are present in our system, as well as the areas of access we’re falling short on across the board.

We hope this tool becomes a part of community conversations and also reminds us how our local systems connect to the larger health system. Just like an extraordinary number of people, each working in small teams on their own piece of the problem, but united by a shared goal, were able to reach the moon nearly fifty years ago, so too can Colorado achieve its own lofty goals for access to care and a healthier state. It’s our health system—we’re all part of it, and we’re all responsible for it. And if we’re really successful, maybe someone will write a book or make a documentary about Colorado’s great health system mission someday.

Who Does the Health Care System Care about?