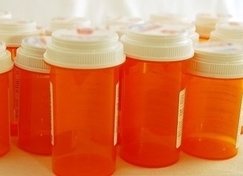 The recent string of celebrity deaths hit me hard and reminded me how personal it can feel when one of our favorite celebrities dies. I was particularly devastated by the unexpected deaths of some of my childhood heroes—Michael Jackson, Robin Williams, and Prince. A closer look at the headlines reveals an alarming theme: misuse of prescription drugs.

Prescription drug misuse has become a widespread problem even for those who aren’t big-name actors or performers. According to the most recent National Survey on Drug Use and Health (PDF), more than twice as many Americans misuse prescription drugs than people who use cocaine, heroin, LSD, and ecstasy combined. In 2014, nonmedical pain reliever use was the second most common form of illicit drug use in the United States. Importantly, the misuse of these drugs is concentrated in rural America and is leading to more and more tragic overdose deaths—the number quadrupling since 1999.

Colorado is no exception, and in some cases even worse. Twelve counties in Colorado, mostly rural, have among the highest rate of drug deaths in the country and the state ranked 12th in the nation for nonmedical use of opioids in 2012 and 2013. In the state, 14% of individuals aged 18-25 misused prescription pain relievers (PDF) compared to the national average of 10.4%. There are different theories as to why more people are misusing prescription drugs, but more than anything, it is clear that prescription drug use has become a complex issue with no easy solution.

One promising tool in analyzing complex issues surfaced as I participated in the 2016 10.10.10 program, which brings together 10 prospective CEOs, over 10 days, to confront 10 wicked problems in health. The Innovation Dynamics tool encourages users to explore a set of dynamics that aren’t often considered in hopes to inspire new insights to solving a complex problem.

I started to reflect on the prescription drug problem facing our state with this tool in mind. I considered the actors connected to the problem—the prescription drug user, the pharmacist, family members, friends, employers—and what would happen if we changed the specific roles of some of these actors. I thought about the implicit biases at play within this problem, including misguided and racially coded beliefs about how people experience pain, which has contributed to racial disparities in access to pain medications. I thought of the overarching need to reconfigure the currently separated worlds of behavioral health and physical health in order to have more effective interventions where pain is involved. I appreciated how this tool made me rethink this problem, and I can see such innovative tools helping local and state leaders approach problems and craft solutions differently.

Wicked problems, as they’re aptly named, are incredibly challenging. Some tools we explore may not fix all of them, but it might help us get one step closer to solving tough problems, like prescription drug misuse. The tragic headlines about our favorite stars have served as a microcosm for our country, and I hope one day it’s a headline we never have to read again.