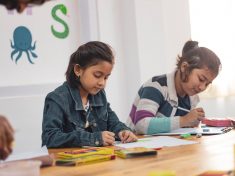 During roll call in school, every time the teacher came to my name, they would pause. Jessica…? I would raise my hand to relieve them of the awkward interaction of them attempting to pronounce my last name. Since my last name is Nguyen, I knew it would fall somewhere in the middle of the list of students’ names and just waited for it. My parents knew that having a foreign-sounding first name would make school difficult, so they gave my siblings and me Westernized names, in addition to the Vietnamese names they would call us at home. Although my early elementary years were pretty diverse and I had plenty of good memories, there were still moments where kids made fun of my last name.

Many of my friends and family only have Vietnamese first names—they’re Truong, Dung, or Tien, which are difficult for most peers and teachers to pronounce. As a result, they would either switch to pronouncing it the “white” way to make it easier for others or just use another name altogether—one that bears no significance to them at all. Some also changed their names because of the many studies showing that the names people used on their resume influences hiring decisions.

We make these alterations to make it easier for others and because we don’t want to deal with having to repeat ourselves, but names are connections to our family, to our culture, and to our community. Our families often put a lot of thought into naming a child, and by disregarding the given names, we’re not valuing the richness of the culture and historical context. A study from 2012 showed lasting impact on students’ future when students of color had their names mispronounced in the classroom: “it affected their social emotional well-being and by extension, harmed their ability to learn. The study also concluded that mispronouncing the names of students of color constituted a racial microaggression because it created shame and disassociation from their culture.” The microaggression communicates that the student’s identity should conform to the world, and not that the environment needs to be responsive to the student. When our names are used against us—reducing our ability to learn, to be hired, to feel a sense of belonging, our health, and the health of our entire community, is harmed. It’s an important issue, and we need to do more to validate people’s identities and educate everyone on why name pronunciation matters.

Of all the times that my name has been mispronounced, it’s very rare that the person is deliberately doing it with ill-intent. I’d ask that if you come across a name that you’re unsure of how to pronounce, just ask the person the correct way of saying it and actively listen! While I wasn’t always comfortable correcting mispronunciations of my name, I know in order for others to respect and value it like I do, I must be willing to teach them. Names hold power, and denying a person the right to have their name spoken correctly is denying them agency.

The Trouble with English