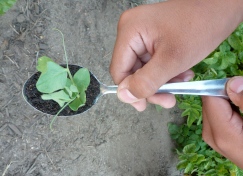 This is a guest post by Edie Sonn, Vice President of Strategic Initiatives for the Center for Improving Value in Health Care, and a CCMU board member. She works to develop policy and build collaborative relationships that will move Colorado toward lower health care costs, improved quality, enhanced consumer experiences, and overall better health.

Will we ever be able to stop “reforming” our health care system?

I’ve been working on health policy issues for more than 20 years, and from the beginning, my efforts were framed around health “reform.” Indeed, neither the problems under discussion nor the thrust of the proposed solutions has changed much over that time period. But change is hard, particularly when agents of change are ranged against deep-pocketed industries, entrenched guilds, and bureaucratic inertia.

It could be enough to make one discouraged.

And yet, after 20+ years of fighting this fight, I have not lost my appetite for it. And, while I could wish that all the problems had been solved already, I find new reasons for hope every day.

Two such reasons can be found in recent developments within Colorado’s state government.

The first is Governor Hickenlooper’s recent release of “The State of Health,” his vision for making Colorado the healthiest state in the nation. It is encouraging to see the Governor pick up on the clarion call of The Colorado Health Foundation and set explicit targets for Colorado to improve its performance on prevention/wellness, access, health system integration and quality, and enhanced value.

The Governor’s health agenda acts as the foundation for another encouraging development: the opportunity for Colorado to turn his vision into reality with a comprehensive Health Innovation Plan. This opportunity comes courtesy of the Center for Medicare and Medicaid Innovation (CMMI), which has given Colorado a $2 million State Innovation Model (SIM) Pre-Testing grant. From now through September, the Department of Health Care Policy and Financing will convene public and private stakeholders to flesh out ideas that were first proposed to CMMI last year, when the SIM opportunity was first announced.

Many of you likely participated in the planning discussions for last year’s SIM application. And many may have been discouraged that Colorado received only this relatively small “pre-testing” award, rather than one of the large ($50-60 million) “implementation” awards.

Yet, Pollyanna that I am, the nature of Colorado’s award is another development that gives me hope about this seemingly never-ending process of reform. The states that received the larger, implementation grants—Arkansas, Maine, Massachusetts, Maine, Oregon, Vermont—have spent years, under the leadership of their governors and/or state legislatures, analyzing their particular health needs and devising comprehensive solutions. Yet Colorado has not devoted similar time and resources to developing a robust vision of transformation.

Yes, Colorado began such a process in 2007 with the Blue Ribbon Commission for Health Care Reform. Its robust recommendations, centered on improving access to care and coverage, have largely been implemented and have resulted in Medicaid and CHP+ expansions (even before the PPACA expansions) and the creation of Colorado’s All Payer Claims Database (to pinpoint trends and give consumers information about price and quality variations) and Connect for Health Colorado, the health insurance marketplace.

However, as we focused on implementing the Commission’s recommendations, we lost momentum on developing others. My organization, the Center for Improving Value in Health Care, has taken a leadership role in recommending payment and delivery changes, and has joined with public and private sector partners to drive those reforms. But we have done so in the absence of a coherent state vision or official imprimatur such as that enjoyed by the Commission.

Now, don’t get me wrong. I’m not asking for a Stalinist five-year plan for health reform in Colorado, or waiting for a Maoist “great leap forward.” But I am saying that, when trying to improve such a byzantine system that affects every person in our state, it’s important to have impetus from the top.

That is why the Governor’s Agenda and the SIM opportunity are heartening. The Hickenlooper administration is engaged on health care transformation now as never before. And that brings lasting, constructive reform in our state closer to reality—and gives me hope that, one day, we’ll have a system that no longer needs comprehensive reform.

Looking Outside of Health care to Improve Health