You are here: Home / Learn More / Blog / The Bipartisan Shift on Health Care 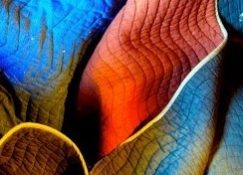 I’ve been an avid newspaper reader for as long as I can remember. Every morning, I read both the Denver Post and the New York Times over my morning cup of coffee. This routine has become more difficult with two young kids buzzing around, but I try my best to keep up on what’s happening in our country around issues I care deeply about. This was particularly true during the first attempted repeal of the Affordable Care Act, and despite how quickly those headlines changed, I pushed through to stay informed about the latest twists and turns.

One news story that had me particularly intrigued during those uncertain weeks, included a short reference to shifting viewpoints on the government’s role in providing health care. It’s no secret that health care is a very partisan issue in our country, but it appears that divide is narrowing. According to a recent Pew Research Center survey, more and more people, from all political backgrounds, believe the federal government has a responsibility to ensure health coverage for all Americans, including 20% more low- and middle-income Republicans when compared to last year.

While the headlines focused on just how partisan an issue health care has become, a funny thing happened: health care reform has actually become a more bipartisan issue. The Pew Research Center has been surveying the American public on their top policy priorities for years. This year’s survey shows health care costs rank as the fifth biggest priority for the country after terrorism, the economy, education, and jobs. Compared to other priorities on the list, reducing health care costs is a relatively bipartisan priority in our country, with 63% of Democrats and 69% of Republicans (up from 44% in 2009) saying this should be a top goal of the president and Congress. Other priorities in the top five have a wider gap between Republicans and Democrats, and some issues are extremely partisan--only 35% of Republicans believe the environment should be a top priority compared to 72% of Democrats.

This year health care saw another milestone in public opinion polling: the majority of Americans--54%--approve of the Affordable Care Act for the first time ever. Although the Affordable Care Act remains extremely partisan (85% of Democrats approve and 89% of Republicans disapprove of the law), 42% of Republicans who disapprove of it believe leaders in Congress should focus their efforts on modifying the law instead of repealing it. A recent Kaiser Family Foundation survey also shows bipartisan support for President Trump and Congressional leaders to work on lowering the amount individuals pay for health care--the top health care priority for all survey takers, regardless of political party.

At Center for Health Progress, we bring people together--across party lines--to ensure the health care system works for all Coloradans. Politics aside, our top priority is, and will always be, improving the health care system, especially for those whose opportunity to access health care or live a healthy life are limited by factors like their race, income, or ZIP code. I’m encouraged by these recent shifts toward finding common ground, and hope to see more of it in the headlines!

Looking Outside of Health care to Improve Health