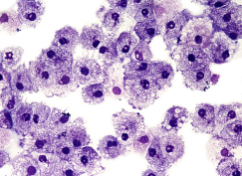 I learned a lot from my father, growing up in Louisiana, but even now as an adult I continue to be amazed by how much more he has to teach me. As a part of my work, I often read about the latest and greatest in health care innovation across the nation, but it’s another thing entirely to know that someone in my family is on the front lines. My father, Dr. Michael Hill, is an infectious disease physician working at St. Tammany Parish Hospital, and has been championing commonsense practices to lower infection rates. While visiting home for Christmas vacation, I jumped at the chance to learn more about his efforts in preventing infection through his brainchild, the “Bug Club.”

The Bug Club began in 2006 as a collaborative effort among five hospitals in the rapidly growing region called the Northshore, across Lake Pontchartrain from the city of New Orleans. Many physicians in the area work at multiple hospitals, but faced difficulties in achieving better health outcomes when each hospital had a different standard of practice. With my father’s leadership and with the help of his partners, a multi-disciplinary team of infectious disease physicians, surgeons, pharmacists, and infection prevention experts from all the different hospitals came together to tackle the problem. Collectively, they reviewed each hospital’s standard of care to determine best practices that could be put in place at each of their facilities, especially when it came to infection control and antibiotic prophylaxis.

One example of a practice they standardized was for pre-operative antibiotic rules for open heart surgery. Regardless of which facility the surgeons and physicians were practicing at, they had to use the same standards, and they could expect the same consistency of their colleagues. Success was achieved—all five hospitals saw a dramatic decline in their infection rates. In 2007, the hospitals had an average of 6% surgical site infections for open heart surgery—which decreased to 0.8% in just two years. These rates are below the national average. Their success is so remarkable that other hospitals around the state are looking to them as an example of what to do in their own facilities.

What made this successful was not only implementing a policy that was commonsense and evidence-based, he said, but it would not have happened if it weren’t for the collaboration among a variety of players and hospitals. Each hospital was willing to set aside its competitive interests in order to review their practices and understand what changes they could make to achieve a better outcome for patients.

My dad is a modest guy—so modest, in fact, that I didn’t know he had begun this incredible work until five years after the fact, even though his efforts have been recognized both locally and nationally. It is probably why he has been so successful: he’s in it for the right reasons—to improve patient outcomes—rather than to make a name for himself or his hospital. I’m proud to be related to someone who is leading change to improve the health of my home state, and will do my best to do the same here in Colorado!

Moving Past the Plateau

Lessons from the Hops

It Takes a Community