You are here: Home / Learn More / Blog / The Minority No More 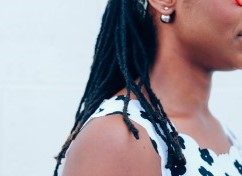 April is Minority Health Month, and the Office of Minority Health within the Department of Health and Human Services’s theme this year is Bridging Health Equity Across Communities. I hear the term “minority” used a lot, but it is not one that I—or Center for Health Progress—will use when talking about people of color or women.

The term “minority” most often refers to the smaller part of a population, as in, “a minority of patients suffered severe side effects.” In the case of the Office of Minority Health, however, “minority” is specifically referring to non-white racial and ethnic populations and women. Using “minority” to reference a non-dominant population carries a lot of negative connotations and meaning. As ‘less than’ the majority, it implies—intentionally or not—inherent inferiority, and suggests that the issues are small and the individuals facing them are insignificant because it is not an issue of concern for the dominant group.

Women and people of color have historically, and continually, been underrepresented in the process that created our health care system, which is why the system isn’t aligned with all of our needs and experiences. It’s also why consequences of institutional racism, sexism, and poverty have negative health impacts on women and people of color. Everyday, people of color, women, people with disabilities, immigrants and refugees, and those who are not part of the dominate religion in the US are facing contemporary effects from their exclusion from social, political, and economic power: preventable health disparities that lower their quality of life and life expectancy.

At Center for Health Progress, we are working to change that. We seek to hold the health care system accountable for its role in making progress toward health equity. To this end, we are joining many other organizations to build a multi-racial grassroots movement for health equity in Colorado. We’re supporting the leadership of Coloradans who have historically faced racial discrimination and poverty, and holding space for these communities in the decision-making process so they can determine how the health care system should work for themselves and their families. We believe that Coloradans are our source of power and collective solutions, and essential to creating a health care system that works better for everyone.

Part of that belief means that we will not use the word “minority” when referring to our source of power and solutions. And, as the data shows, babies of color now outnumber white babies, and by 2060, the nation's immigrant population will reach nearly 20 percent of the total population. Even strictly by population size, the term “minority” doesn’t fit. We strongly believe that factors like race, income, ZIP code, and immigration status shouldn’t determine your ability to get the health care you need. Our families, lives and communities are not less than. We will continue to build power with people of color, immigrants, and women for health equity—and we will not be the minority.