You are here: Home / Learn More / Blog / Under Construction 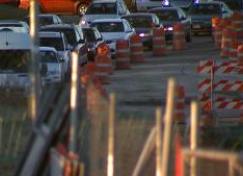 Sitting in traffic again on South Broadway, inching through the seemingly-endless construction scene, I was frustrated. However, a few deep breaths later, I reminded myself that this resurfacing project was long overdue. It is a main thoroughfare for thousands of residents who commute between south Denver and downtown, and a destination for consumers of the dozens of businesses that line that avenue. Yet, it’s been riddled with potholes for years. For the safety of drivers and the health of their cars, it was definitely time to make these changes.

Perhaps I sat in traffic too long, but I couldn’t help but see parallels for how we’re undertaking the long overdue project of reforming our health care system in Colorado. We’ve agreed that the current health care system is in disrepair and in great need of reform. It does not adequately meet many people’s needs. As a state, we’ve been talking about it for a long time, but finally, we’ve been able to align funding, public policies, and commitment among the many players in order to start making some significant changes to the system.

Last week, as Gretchen Hammer wrote, the marketplace for individuals and small businesses went live, meaning that many people are able to shop and inform themselves on coverage options for an effective start date of January 1, 2014. The website for Medicaid applications, Colorado PEAK, has also launched, and Medicaid also begins as early as January. It’s a new traffic pattern for coverage, so-to-speak, and there are bound to be some glitches, some confusing communications, and many confused people. For example, people who select coverage on the marketplace in October will have paid their first month’s premium, but will be unable to actually use their insurance until January. Similarly, with Medicaid, people who apply now may receive letters indicating that they are denied according to today’s Medicaid rules, but they will be “held” in this system and could potentially be eligible for a January start date. Just like the transition to a smoother, better road in South Denver, there will be frustration, but the end result will mean more coverage for more Coloradans—and that’s an important step forward for our health care system.

We must be patient with this transition to a new health care coverage system. The milestones that we’ve approached this October and will be approaching in January do not signal the end of the construction process, but mark significant progress. Additional confusion is certain to manifest as Colorado continues its health reform implementation, and we will continue to advocate for solutions that fix these glitches. For the health and future of all Coloradans though, it is definitely time to make these changes. We’re on our way toward a health care system that meets the needs of all Coloradans, so please excuse the dust!