You are here: Home / Learn More / Blog / Who Does the Health Care System Care about? 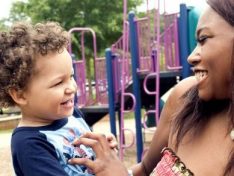 My earliest health care system memory is going to my family doctor’s office. Dr. Brown was one of the few black physicians in my hometown who owned their own practice. Every employee, from the intake specialists on the frontline to the nurses scribbling notes between appointments, were from the same neighborhoods and reflected the demographics of the people they served. I was a patient for north of 20 years and I never left feeling unheard, unseen, or dismissed. It wasn’t until I moved away from home and needed to find new medical providers that I learned how unusual Dr. Brown’s practice was.

After about a year of “adulting,” I began to have intense panic attacks and depressive episodes so severe I couldn’t pull myself out of bed for days at a time. In a society that often associates mental illness with instability and black bodies with violence, I feared being seen as a threat more than losing sleep and connection to others. I tried keeping it to myself and navigating the valleys and peaks through willpower alone, but as my condition worsened and the darkness got darker, it became apparent that I could no longer function this way. Yes, the stigma was (is) real, but the darkness was more real. So, I decided to learn more about my condition and how to get treated.

At that point, I had no reason to believe that my health care experience would be any less supportive than those of my childhood, but that changed quickly. One therapist made it a point to express his shock, mid-session, that I attended college without a basketball scholarship, before insisting I reconsider my goal to become a CEO, because I will struggle to survive on my own. A nurse practitioner refused to consider changing the medication I loathed, even after it began to leave me too foggy to focus at work or in class, because she thought it couldn’t be as bad as I claimed and that I should care more about being “stable.” Unlike countless other black men with mental illnesses (which often goes undiagnosed, let alone treated), I was able to advocate for myself to get the appropriate care I needed. However, my path to good health led me through a thorny underbrush of dismissive indifference that left me with a suspicion that maybe our health care system doesn’t care about black people.

Good intentions aside, there is no shortage of peer-reviewed research demonstrating the enduring legacy of racism in health care and confirming that my experience is neither unique nor limited to behavioral health care for many people of color. One of the clearest examples of our collective failure to value people of color is the alarming mortality rates of black mothers and infants across the country. Studies have shown that African American women are three to four times more likely to die giving birth than similarly-situated white women, and that infants born to African American mothers die at twice the rate of infants born to white mothers. African American women who received prenatal care still lost their babies at significantly higher rates than white women who received no prenatal care. While the United States overall has relatively high infant and maternal mortality rates, rates for white mothers and infants are comparable to other wealthy countries while rates for African American mothers are similar to less-developed countries.

Racism continues to have an outsized impact on how much people of color will earn, on where they will live, on their access to care, and the quality of care they receive when they do have access. It continues to shape our health care system, just as it has shaped every other institution in our country, and it’s a darkness we must confront or it will drag us all down with it. If you’re ready to fight back, say it with me: black lives matter.