You are here: Home / Learn More / Blog / ADHD and Power 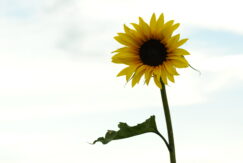 Earlier this year, our entire staff went through power building training. In the first session, we had to explore our fears around standing in our power.For me, this meant challenging years of training that told me I was “too much.” In elementary school, my report cards almost always said something to the effect of “bright, but talks too much” and “disrupts other students with talking.” This was often the only negative feedback and was repeated on every report card, every year, for every class.

Eventually, I got the message.

Recently, I was officially diagnosed with Attention Deficit Hyperactivity Disorder or ADHD. When I first started to tell people about my diagnosis, the initial reactions were disbelief, often pointing out the areas of my life where I’ve had successes. I grew up in a time when there was panic about the surge of overdiagnosis of children with ADHD and that we were just medicating our kids out of their childhood. The image that accompanied these concerns was almost always white and male. Male children are more likely to be diagnosed with the hyperactive type of ADHD which is often more noticeable. Even when girls are hyperactive they, due to social conditioning, tend to express the hyperactivity in less distracting ways. For instance, by offering to help the teacher pass out materials so they can move around the classroom.

Since ADHD is often misunderstood, here is a brief overview:

There are three types of ADHD: hyperactive, inattentive (formerly known as ADD), and combined hyperactive and inattentive. Symptoms generally include:

The focus on white, male children has made it difficult for people of color to see themselves in the symptoms. It has also made it difficult for educators and health care providers to see us in the symptoms. This can be incredibly detrimental to the wellbeing of people with ADHD. I spent most of my life believing that there was something fundamentally wrong with me. Years of this messaging that I needed to be less like me and more neurotypical had made me a master at masking my symptoms. Masking is when someone with ADHD tries to hide their symptoms by copying the facial expressions, speaking style, and other behaviors that they see people without ADHD doing. Racism also plays a role in masking ADHD. For people of color, many of us spend our lives trying to navigate stereotypes such as being deemed lazy or angry.

So where does that leave a little black girl who is “bright, but talks too much”?  In my case, I became a perfectionist out of fear of reinforcing stereotypes about black people being lazy. For me, this caused a lot of tension as I was pushed to stand in my power. I realized that if I was going to lean into my power, I could no longer try to be perfect and that also meant that I could no longer try to hide my ADHD.

Since our power building training and my diagnosis, I have slowly been unlearning the explicit and implicit messaging around how I should act as a black woman with ADHD. Refusing to mask my ADHD has given me space to unapologetically celebrate the strengths and the challenges in my neurodiversity. I am better able to use my voice to advocate for myself and others and I am using my newfound power to push for recognition of cognitive differences. In doing so I hope to show a different image of neurodiversity so that we can reduce stigma and create spaces where no one has to mask who they are.

Electric Power to the People