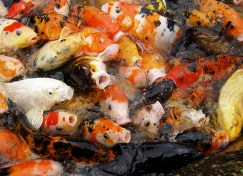 Hundreds of thousands of Americans went to see The Hunger Games this past weekend; for millions of Americans though, hunger isn’t a movie—it’s a daily reality.

Children living in poverty often also lack stable access to nutritious foods. National data indicates that the rate of children in families receiving emergency food assistance is nearly 20% (PDF). The rate climbs to nearly 29% for Hispanic children and 38% for African American children. Studies have shown that good nutrition during the early years of a child’s life is linked to their health status, as well as their ability to learn, communicate, think analytically, socialize effectively, and adapt to new environments and people. Good nutrition is the first line of defense against numerous childhood diseases, which can leave their mark on a child for life.

We need to invest in our children’s future. We know that healthy, well-fed children pay better attention in school. We also know that people who are more educated will live longer. Currently, too many Colorado children start the day hungry and are unable to focus on learning. These social and wealth disparities are having immeasurable impacts on Colorado’s future, and it is time that we focus on closing that gap.

Visit Invest in Kids, the Colorado Children’s Campaign, and Hunger Free Colorado to learn what programs are already in place and how you can get involved. Kids in Colorado should be able to go to school healthy and full, ready to learn.

So Much More Than Lacrosse