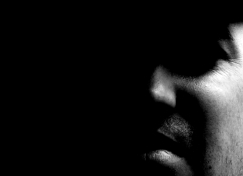 Mental health issues are something I’m passionate about and have a lot of experience with, as I’ve spent a lot of time working with the Colorado Mental Wellness Network and seeing the important impact they have on Coloradans. One of the biggest lessons I’ve learned there is how complicated and broken our mental health system is. When one or even multiple parts aren’t functioning at their highest level, we end up with a fractured system, and patients falling through the cracks.

One chasm in our mental health care system that remains frustratingly large involves issues of race. Race and mental health have a complex history, including racial bias within the system, disparities exacerbated by social factors, and differences in cultural beliefs and care needs surrounding mental illness.

The health care system, like many of our major institutions, has entrenched issues of racism and bias, which affect both patients and providers. In a recent survey, researchers discovered about half of medical students hold false beliefs on race and its biological differences. This is perhaps why black patients were 2.7 times more likely than non-Hispanic whites to receive a diagnosis of schizophrenia, although studies have dispelled the belief that the condition is any more common in one race than another. Furthermore, providers of color face barriers and prejudice their white counterparts don’t. The experience of racism can have a psychological toll that leads to long-term mental health challenges—whether it’s experienced within or outside the health care system.

There is also a lack of mental health care that is culturally-responsive or provided in a patient’s native language, which serves as major barriers for patients of color. For example, Hispanics tend to focus on physical complaints or describe their symptoms using words not commonly associated with a mental health disorder—like nervousness or tiredness.

These disparities can have a generational ripple effect if not addressed. Children with a parent who had experienced depression scored more than four percentage points lower in their school grades than other children. With the additional challenges people of color face in accessing mental health care, the risk is compounded for their children. Education continues to be one of the strongest predictors of life expectancy and health, and children of color already face increased barriers to academic achievement.

It may be a complex issue to untangle, but we need to make sure we are providing culturally-responsive, evidence-based prevention and treatment in mental health, particularly for our most vulnerable populations—which includes a disproportionate number of people of color. It also means addressing systemic racism and racial bias. Addressing these factors will not fix our mental health care system entirely, but it’ll certainly get us closer to mental health equity.

Race is a Social Construct