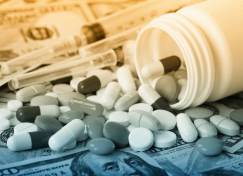 Recently, my doctor asked both my husband and I to get a certain blood test. Trying to be smart health care consumers, we asked how much it would cost, and—as expected—he didn’t know. He gave me the name of the lab and the ICD-10 code so we each could call our insurance companies. In less than fifteen minutes, my insurance company was able to tell me my out-of-pocket cost would be $37; in more than eight hours of hold time and over a dozen phone calls, we still have no idea what my husband’s out-of-pocket cost would be, but we did learn that the cash price is $750.

This highlights a couple things about our health care system. First, it’s really difficult to find out the cost of health care services before you receive them. Recently, there was a great illustration of this by a journalist who tried to figure out how much his son’s birth was going to cost. Second, it highlights the huge impact health insurance can make on a patient’s ability to afford important health care.

As I see headline after headline about skyrocketing prescription prices, it’s this second challenge that’s increasingly on my mind. I know many people who must carry EpiPens for allergies, use insulin to manage their diabetes, or require specialty medications or medical devices that help keep them alive. If they are uninsured, or if their health insurance doesn’t cover enough of the cost to make them affordable, their budget takes a big hit. These aren’t optional health care services, so no matter the cost, they have to find a way to pay.

There is largely agreement that these life-saving goods and services should be made affordable and accessible; however, this notion happens to run counter to our very American values of a free market economy and rewarding innovation with financial success. In the case of many innovations or inventions, we’re happy to see the inventors parlay their idea into great wealth—or at least don’t begrudge them their success. But other times, the innovation or invention becomes a public good because of its value to humanity, and then we place different expectations on it.

There are examples in history of inventors recognizing this difference and donating their idea to the greater good. Volvo invented the three-point seatbelt, saw its potential, and made the patent available to all car manufacturers; it’s estimated that this device has saved over a million lives since its introduction. In the absence of such a magnanimous gesture, though, patents can be worth millions, or even billions of dollars to their owners. That potential windfall is a major incentive for innovators, but may come from the pockets of those who can least afford it.

The reality is, if we want to protect consumers, we must at least partially control the price being charged (and hence, limit the profit) for these patent-protected innovations. How we do that while still appropriately rewarding innovators for their work isn’t clear. Earlier this year, a bill up for consideration in Colorado’s legislature would’ve required drug manufacturers to detail the development and production costs for high price drugs. Although it didn’t pass, that sort of transparency would have been a step in the right direction. I hope we can have more frank discussions about balancing profit and community benefit, grounded in our shared values.

Health insurance is designed to act as a buffer, shielding patients from the high costs associated with their care; however, it only works if the costs are affordable to insurers and the coverage is available to all consumers. Otherwise, patients like me will have to either strain their budget or delay getting care, and neither of those are acceptable options in the high-functioning health care system Colorado deserves.

The Crippling Cost of Care

The Cost of Underinsurance

The Challenge of Too Many Choices