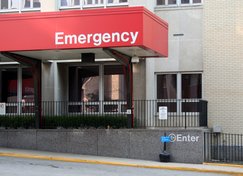 I spent the summer of 2004 working at Charity Hospital, the largest safety net facility in my hometown of New Orleans, as an office clerk. Today, though, the hospital is nothing but a façade of distant memories after Hurricane Katrina destroyed it—11 years ago next month.

In the decade that has passed, some of the hospitals have been rebuilt and are functioning, but the Charity remains abandoned with no great plans to rebuild it. Even though the hospital was in desperate need of help long before the storm, the complete loss of a safety net facility is certainly felt. Nearly 75% of the Charity Hospital’s patients were African-American, and 85% had annual individual incomes of less than $20,000. Now, a very high-need and vulnerable population is left with few options for needed health care. The deep and alarming inequities that we saw in the hospital extended beyond its walls, and are seen throughout the state of Louisiana. Blacks are three times as likely as whites to be poor and one-third of children live in poverty. There are countless other statistics I can share, but the point is that the most vulnerable Louisianans have been consistently left behind without sufficient access to health care, which only perpetuates these serious disparities.

The remaining and compounded difficulties in my birthplace have stuck with me during the 8 years I’ve lived and worked in Colorado, and ensuring our most vulnerable populations have access to health care has been an issue close to my heart. The challenges I saw after the closure of the Charity seem similar to some of the challenges we see in our state, especially in rural areas—and considering that 82% of Colorado is rural, it’s an important issue. If a hospital were to shut down because of financial difficulties or had to limit their services, it would deepen the already extensive disparities in these areas. None of Colorado’s 49 rural hospitals have closed; however, a few are in danger of closure, which would result in residents having to travel 35 to 100 miles to seek care at a hospital. Further, as illustrated in a recent update to our rural health infographic, 13 counties in Colorado rely on neighboring counties’ hospitals for their care, as they do not have a hospital in their home counties. While we know that hospitals aren’t the only places where residents can access care, hospital closures put residents at risk when they need critical emergency response and acute treatment. Without a nearby hospital, they will have to rely on other resources to maintain good health outcomes and hope that a prolonged response to any emergencies won’t kill them.

At CCMU, we work on behalf of and in partnership with vulnerable populations and strive for the continued and improved availability of access to needed health services. We are supportive of policy solutions that ensure the health care safety net remains in place for those who need it most, especially solutions that secure a sustainable financial future for these critical access points. Whether in urban New Orleans or in rural Colorado, we cannot ignore the impacts of decreased access to care among our neighbors who are most vulnerable to poor health and we all have an obligation to make sure they receive the care they need, when they need it.

Inspiration from the Safety Net