You are here: Home / Learn More / Blog / Race is a Social Construct 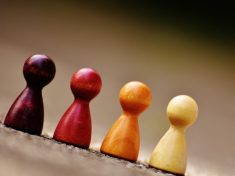 On a recent road trip with my sister, a doctor, we were talking about how race is a social construct. (We’re not the best conversationalists.) She asked, "If there's no biological basis for race, then why do some medications work better for people of some races than others?" Which is a good question. Since we had a long drive ahead of us, I stalled by pointing out the window at a pretend elk and changed the subject, then did some furious Googling when we stopped for gas.

For hundreds of years, we’ve been told that each race is a discrete group of people defined by specific genetic and biological differences. As a result, we’ve used race as a way of explaining observed differences in health: Sickle Cell Anemia is considered a black person disease; Cystic Fibrosis is considered a white person disease; we’ve said people of color are genetically pre-disposed to diabetes, high blood pressure, obesity, and other chronic conditions; the FDA has approved drugs for different races; and through “race-based medicine” we’ve established care standards (such as responding to patients’ pain) that vary by race. But it’s all wrong.

In the early 1800s, Dr. Samuel Morton conducted research to demonstrate biological differences between races. His extraordinarily flawed and biased findings have since been used to justify hundreds of years of horrors like slavery and genocide. Since then, science has unequivocally demonstrated that race isn’t biologically real. The genetic diversity that exists across the entire human race is very, very small, and race isn’t even a good proxy for what diversity does exist. That’s why we say race is a social construct: it’s a human-invented classification system. It was invented as a way to define physical differences between people, but has more often been used as a tool for oppression and violence.

Which brings us back to the original question, though. If there’s no biological basis for race, how do we explain the health differences we observe? As I’ve since learned, there are a couple reasons for it. First, race is inaccurately used as a proxy for geography. Certain diseases or conditions originate in particular areas of the world where the environment has caused an evolutionary response or genetic impact. Sickle Cell Anemia, for example, is an evolutionary adaptation to malaria exposure, and is most common in populations with ancestors that lived in regions of the world where malaria is or was common. So while we see it at higher rates in people of Sub-Saharan African descent, we also see it in higher rates of people of Mediterranean, Middle Eastern, and Indian descent, because malaria is or was widespread in those regions.

The other aspect of what we see as racial health differences is explained by the field of epigenetics. Epigenetics is the study of how we inherit changes in the way our genes our expressed—whether they’re turned on or off—without actually changing our DNA. The things we eat, the environment we’re exposed to, our life experiences—these can all modify our gene expression, and then those changes can be passed on to future generations. So, the incidence of a disease or condition within a racial group might actually be caused by environmental, political, economic, and other forms of systemic racism. For example, pre-term births are 60 percent more common with black babies than white babies, which is a leading contributor to our unacceptably high infant mortality rate. One study showed that chronic stress was the primary reason for this disparity, and other studies have shown how chronic stress can be transmitted from generation to generation. So, black women aren’t more likely to have pre-term births because they are black, but because stressors like racism and poverty disproportionately affect black women.

This paradox, where race is both not biologically real and yet incredibly socially and politically real, is an unusual challenge for the health care system. We must de-emphasize race in how we provide health care, classify our patients, and assign causality, while increasing our emphasis on race in how structural and institutional racism lead to health inequities. So, I hope this answers your question, doctor!