You are here: Home / Learn More / Blog / The Cost of Underinsurance 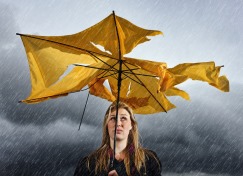 Recently, I advised a friend that he should see a doctor for a suspicious mole on his back, but he ultimately decided that, despite being insured, he was not going to be able to afford the procedure to get it removed. With a high deductible and co-pay, the mole would just have to wait. Even with the important coverage expansions ushered in by the Affordable Care Act, many Coloradans are still priced out of the health care system.

The recent release of the 2015 Colorado Health Access Survey (CHAS) revealed a monumental drop in the state’s uninsured rate. Today, we are at a record low of 6.7 percent uninsured, and the report features a variety of other good news items. However, before we start popping the champagne bottles, it is important to note that there is still much work to be done.

The CHAS also shed light on some major gaps in coverage. Underinsurance, or having health insurance that doesn’t provide adequate protection from health care costs, remains a significant barrier to care. Although more Coloradans have insurance, many have had to turn to high-deductible plans—meaning lower monthly premiums, but more out-of-pocket spending. A high-deductible plan is defined by the Internal Revenue Service as an annual deductible of $1,300 or more for an individual, which nearly 30 percent of Coloradans reported having. The underinsured rate has increased from 13.9 percent to 16.4 percent in 2015, meaning 870,000 Coloradans, or 150,000 more Coloradans than in 2013, are now underinsured. The highest rate of underinsurance is from the “young invincibles” (those between the ages of 19 and 29), with more than one in five reporting to be underinsured. Unfortunately, like my friend who has chosen to forgo care due to cost, when underinsurance means ignoring a small problem now, we can expect bigger problems in the long run—both financial and health-related.

To fix the problem, we need to attack it from both ends: get more Coloradans enrolled in plans with sufficient coverage and lower health care costs. Someone has to pay for the health care services that are rendered, so we need both adequate insurance coverage to protect patients from financial hardship and a way to reduce health care spending. As Joe recently shared, price transparency, or making the charges for health care services clear and available to consumers, is an important part of that effort, so consumers can make smarter decisions. However, so is cost transparency, or making what the hospital or provider spends to provide health care services clear and available to consumers, so systems can provide better value. In a recent New York Times article, we see some programs around the country taking important steps in this direction.

We’re very excited about all the great progress Colorado has made in the past two years, and grateful to the CHAS for providing the data and analysis that illustrates it. Now let’s keep the momentum going, and find ways to address one of the biggest obstacles to good health that remains: health care costs.

The Challenge of Too Many Choices

The Cost of Complexity

The Crippling Cost of Care

The True Cost of Health Care