You are here: Home / Learn More / Blog / The Health Impacts of LGBTQ Discrimination 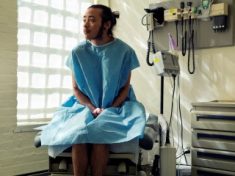 My son is about to turn three, and before each annual check-up, his doctor has us fill out a questionnaire about his development. The questions are about his ability to speak in full sentences, throw a ball overhand, draw lines and circles, and other benchmarks for kids his age. On this year’s list, there was one question that caught me off guard: does he know whether he’s a boy or a girl? The implication is that there is a right and a wrong answer—it’s not asking whether or not he has determined how he identifies yet, but whether he can answer "correctly.”

Considering he makes references multiple times a day about how he’s a big boy now, I know he’s absorbed the countless subtle and explicit messages he’s been bombarded with since birth, both from his family and society as a whole. He regularly assigns pronouns ("he's doing this," "she's over there," etc.) based on appearance, and will ask me whether someone is a boy or girl if he’s not sure. Similarly, when he sees family structures different than his own, he struggles to wrap his head around the idea of something like two mommies and no daddy. Try as we might to expose him to the rainbow of ways a family can be composed, the dominant image of mom, dad, and kids is reinforced to him constantly as he moves through the world.

For the LGBTQ community, these ideas about what is “right” or “normal” have led to centuries of violence and persecution. Every one of our institutions—at one point or another—has operated in ways that have oppressed LGBTQ people, and the damage is far-reaching. In 31 states there is still no employment discrimination protection for transgender people. While the Supreme Court declared same-sex marriage legal in 2015, the precedent of denying and discrediting people’s relationships has left its mark; today private businesses and individuals continue to discriminate against same-sex couples. In Colorado, 41% of LGBQ people and 75% of transgender people report needing to educate their health care providers on LGBTQ-specific health needs. Fortunately, Colorado did just pass a bill to ban conversion therapy for youth, but the health care system has a long way to go in being responsive to the needs of the LGBTQ community.

All these acts of discrimination, rooted in homophobia and transphobia, have long-term effects on people’s lives. Because of them, LGBTQ people are less likely to have access to higher education, larger salaries, safe housing, and other resources that make good health possible. They’re more likely to face barriers to good behavioral, oral, and overall health, from the toxic stress of stigma and violence to the denial of coverage for their health needs. Today, One Colorado released Closing the Gap: The Turning Point for LGBTQ Health, which highlights these health inequities and many others. It also includes a robust list of community- and advocate-generated recommendations that Colorado should begin exploring.

There’s much work to be done to create a more fair and just state for all LGBTQ Coloradans and their families. In addition to these priorities of data collection, provider education, access to care, and community outreach, I hope we’ll continue to look for ways to dismantle the ideologies that are at the root of the problem. I hope we’ll take personal action, like normalizing the sharing of personal pronouns, as well as institutional action, like wielding organizational power to help pass more LGBTQ legal protections and rights—regardless of what sector or field you work in.

And if you have children’s book recommendations that teach these concepts to toddlers, please send them my way!

The Role of Oral Health in Health Equity