You are here: Home / Learn More / Blog / The Impacts of Climate Change on Health 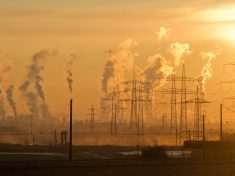 I was 15 years old when Hurricane Katrina devastated the Gulf Coast. I remember watching the harrowing images of people standing on their roofs waiting to be rescued, the packed Superdome of people who didn’t know when or even where they were going to return home to, and the heartbreaking interviews from people who had lost their loved ones. Two summers later, I decided to volunteer with a youth group that was taking a trip to New Orleans to help rebuild homes in the Lower Ninth Ward. People often talk about the “spirit” of the city. That first trip down south, I not only came to understand that spirit, but was enthralled by the community, love, and warmth (quite literally, too) the city offered despite the unthinkable trauma it was still recovering from. Since then, New Orleans has become one of my favorite places in the world and I have continued to return to it time after time.

Although climate change has been an important topic for decades, Hurricane Katrina made Americans ask themselves if it might be to blame for more frequent and powerful hurricanes. The powerful and unusual superstorms of Sandy and Harvey increased the evidence. These storms obviously have massive health implications, from death and displacement to access to resources and health care, but they’re just one way the change in our climate is negatively impacting our health. What’s more, scientists predict hundreds of coastal US towns and cities could disappear by 2100—just 82 years away.

Colorado is one of the fastest-warming states in the country, which will degrade air quality and lead to heat-related illnesses, particularly in areas like Metropolitan Denver and the North Front Range. The snowpack has been below average since 2000, which has led to persistent drought for the Colorado River system, and will lead to an increase in wildfires. No snow also means no winter sports, and that’s a large part of our economy. And, it’s essential that we recognize that the impacts of climate change will disproportionately affect low-income families and communities of color. With reduced access to health care and other resources, due to decades of harmful public policy, these communities have diminished resilience in the face of health impacts from heat, poor air, and the chronic diseases exacerbated by them.

In Pueblo, where we’ve been hard at work listening to and learning from the community, we’re hearing that air quality is an important issue. We held a panel to discuss the health impacts of local coal plants and share information about how the city’s energy policies could change. The issues surrounding climate change are being taken seriously in Colorado’s legislature, too. The House Select Committee on Climate Responsibility was   created on February 15 and they had their first hearing on March 7.

Addressing an issue as large and ominous as climate change can be daunting, leaving many of us to feel paralyzed to take action. But, if we don’t want to see our favorite cities disappear, then it’s important that we start taking steps to undo some of the damage that we’ve caused and slow the rate at which the climate is changing. In order for everyone to have the opportunity to live a healthy life, we’re going to need a healthy environment to live in.

Making the Case for Health Equity

Change Ourselves, Change the World