You are here: Home / Learn More / Blog / The Trouble with English 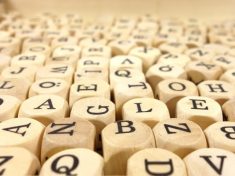 This post was written by Namuyaba Temanju, a former member of our team.

“There should be no discrimination against languages people speak, skin color, or religion.” - Malala Yousafzai

Upon my arrival to the United States, I quickly discovered I had a lot to learn about the English language even though I was fluent. You see, I come from a place where we used British English—or as others like to call it, the Queen’s English. There is such a big difference in pronunciation, vocabulary, and spelling. For the most part, I understood the words people were saying, but I was often confused by the context in which they were being said. Just when I thought I had American English mastered, I was using a phrase incorrectly or spelling check as cheque. But, English is just a piece of my story. I speak six languages and am starting to study a seventh, and they are all awfully important to me. As a person who has spent a considerable amount of time learning languages, I’ve embraced their cultural significance and understand the extreme dedication that comes with mastering any one language that isn’t your own.

In the United States, one in 10 public school students are learning to speak English—that’s nearly 5 million English Language Learners (ELLs) across the country. In Colorado, there are approximately 126,000 ELLs—the sixth largest population of those students in the nation. Overall, there are 17.2% of people in Colorado who speak a non-English language. Learning a second language is best done when one is young. However, ELLs still lag behind their English-speaking peers in terms of academic achievement. In Colorado, the graduation rate for ELLs was 58.7% compared to 77.3% of total graduates.

When the focus is on learning English, instead of opening space for others to flourish in their native language, we create unnecessary barriers to living a healthy life. In 2015, the Colorado Health Access Survey found that people who speak Spanish at home are more likely than the state’s non-Spanish speakers to report poor physical and oral health. There is a sentiment in this country that people who immigrate to the US should learn English without question. And, with the growing tensions around immigration, this is only getting worse. When we take a step back and understand how difficult it is to learn a new language, perhaps we would start to be a bit more empathetic.

In Fort Morgan, I work with immigrant Latinas and African refugees who are hit hard by the vitriol of learning English. They are given dirty looks when they are out in public speaking the languages they know. Accommodations are often not made for them during doctor’s appointments, registering children for school, visiting the DMV, or any other services that they need to access. Many speak several other languages, but because English is not one of them, they are treated unfairly and unkindly. The women I work with are brilliant and have fantastic ideas—I learn much more than I teach them. Despite the language differences that exist among the Morgan Health Connectors, they have created a unique bond, proving that you don’t have to know the same language to make space and have empathy for others.

The barriers to learning English are endless. Beyond its complexity, there are so many other adjustments that must be made when living in a new country that only make it harder to learn—from cultural differences to adjusting to a new job to perhaps even the lasting trauma one might have from leaving their country. I am a fluent English speaker, but everyday someone makes me feel like an outsider. Until we change our perspective on language, we will continue to keep our society from reaching its full potential and best health. I hope that by sharing my story, those of you who have struggled to learn English will know that we see you. And we’re here for you.

Speaking the Language of Health